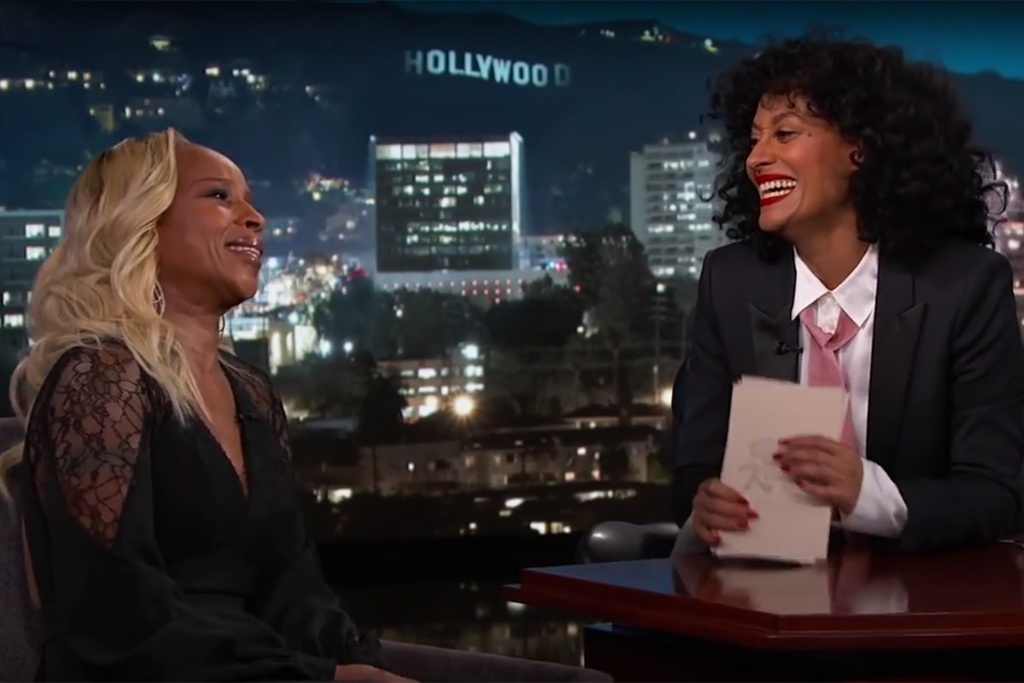 On Tuesday night (Dec. 5), Tracee Ellis Ross filled in as the host of “Jimmy Kimmel Live!” Appearing as a guest on the show was none other than Mary J. Blige, who had great chemistry with Tracee throughout their comedic conversation.

After a series of silly, simple questions about her likes and dislikes, the R&B legend spoke about receiving a star on the Hollywood Walk of Fame, and her iconic album What’s the 411?. Additionally, they spoke about Mary’s guest appearance on ABC’s “black-ish,” and her buzzing role in the powerful new film Mudbound.

Mary’s emotional performance has been generating talk of a possible Oscar nomination, but she described the silver-lining of the movie as love and friendship. In addition to her role in the film, she also recorded a new song “Mighty River,” which is included in the soundtrack.

Last week, Blige was honored with the Icon Award at the 2017 Billboard Women in Music Awards. Watch her unexpected interview with Tracee below.