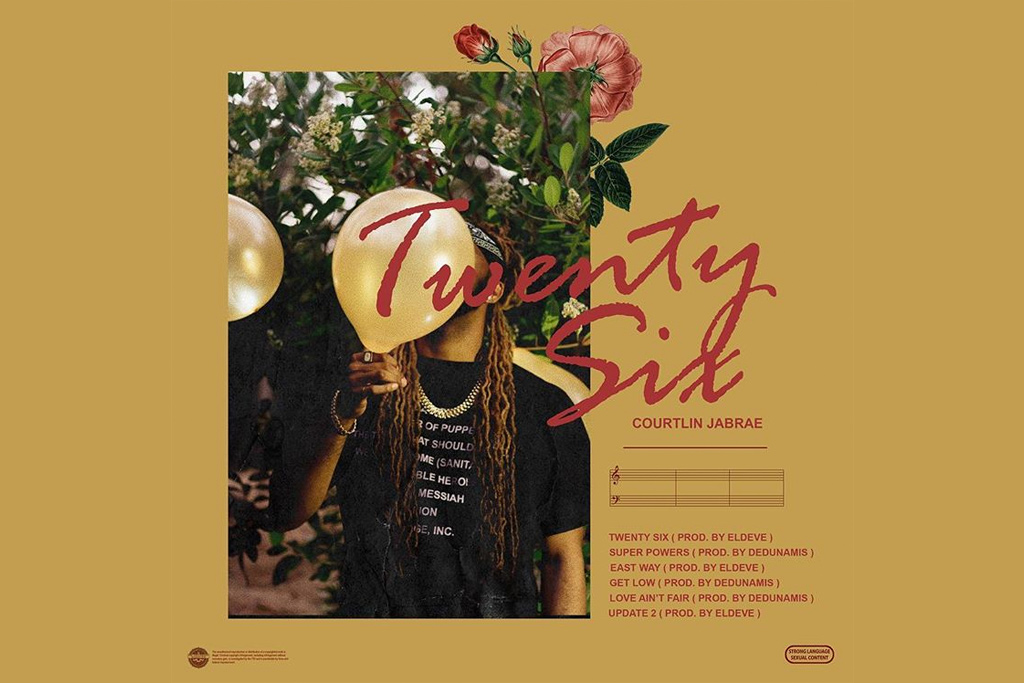 What better way to celebrate your birthday than to give your fans some new music.

Following the success of this year’s single “That Way,” Grammy-nominated songwriter Courtlin Jabrae is back to deliver a small gift for fans that are patiently awaiting his debut album. Dropping the six track EP aptly titled, Twenty Six on his 26th birthday, the young star sends a fair reminder of why he’s still in the running for next up.

Featuring tracks such as “East Way” and “Love Ain’t Fair,” Courtlin continues to impress with relatable music across both the R&B and Hip Hop spectrum. Serving up a mixture of solid melodies and meaningful lyrics, the latest release from the Illinois-bred artist is perfect to keep on rotation for a chill night in or a wild night out.

Whether you’re just being introduced to Courtlin or have been a fan since we first featured him in 2015, this is another project to add to your winter playlists.