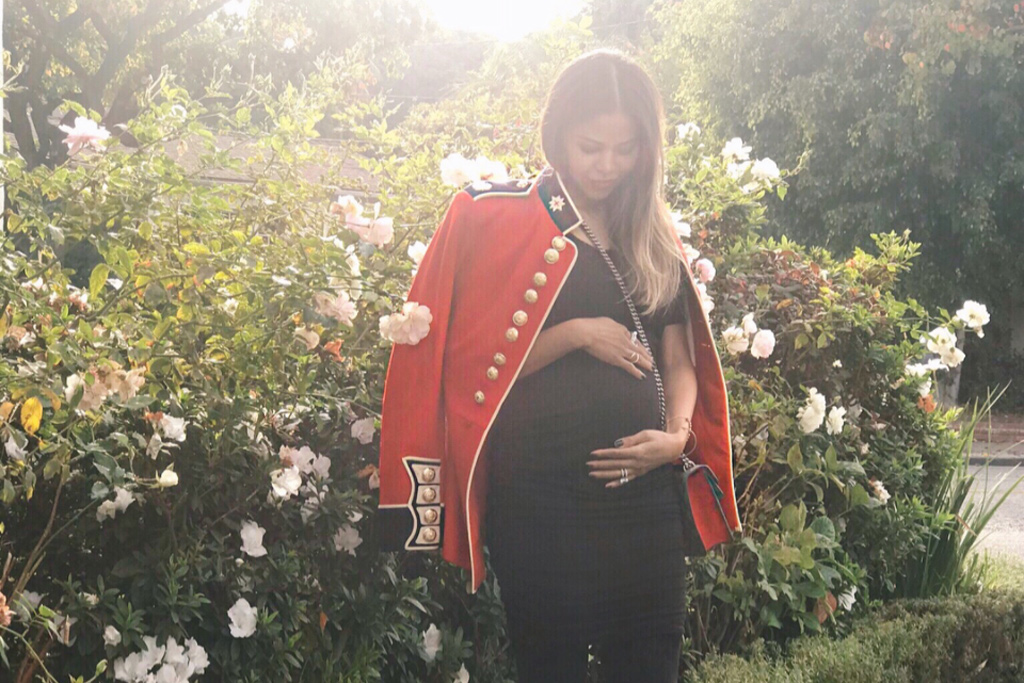 Ameriie is celebrating her 38th birthday with a special surprise! The “1 Thing” songstress has announced that she is expecting her first child with husband Lenny Nicholson.

Wearing a red military jacket over an all-black outfit, the smiling mom-to-be holds her baby bump with pride in a carousel of three photos on Instagram. “#BestBirthdayPresentEver,” she captioned the post. “#21weeks #blessed.”

This will be the first child for the couple. Ameriie married her manager and former Columbia Records executive Nicholson during an island ceremony in Anguilla in 2011.

In 2016, she released a long-awaited new project with her Drive EP followed by the single “Redrum” last year. She has also been working on a series of books, including Because You Love to Hate Me, an anthology that she edited last year.