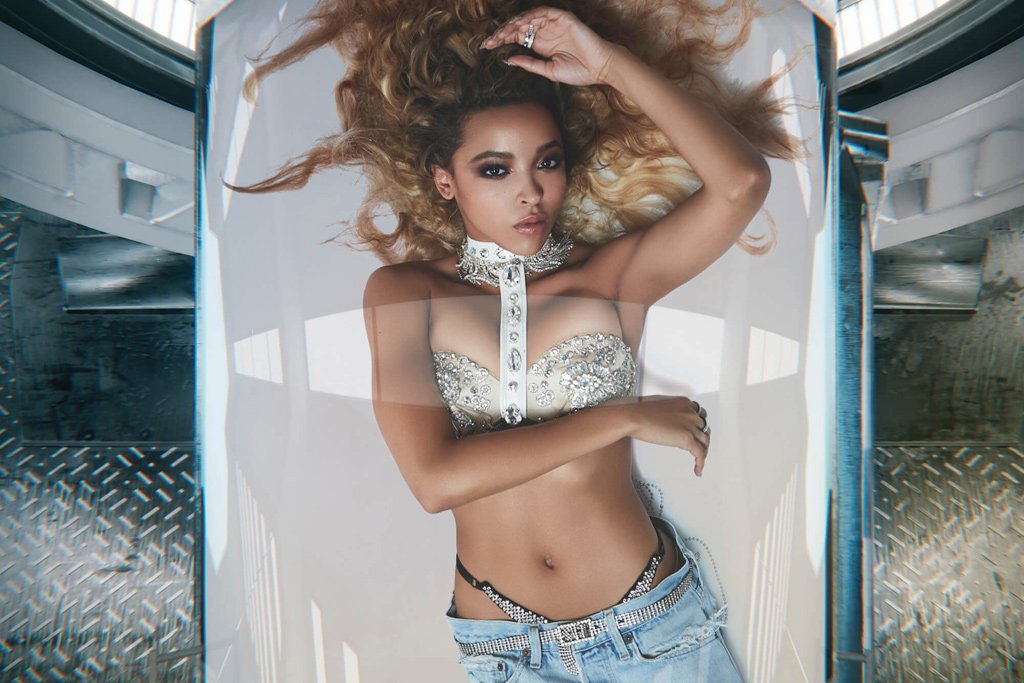 Tinashe is looking forward to a ‘joyous’ 2018 with new music on the way.

Fans of the R&B vixen have been anxiously awaiting the liberation of her oft-delayed sophomore album Joyride since 2015. Today (Jan. 12), the multifaceted singer teased the forthcoming release of three new tracks–“No Drama,” “Me So Bad,” and “Faded Love.”

In a post on social media, the Cali native shared artwork that features her lounging in a shiny bra and bedazzled thong under ripped denim. In addition to the song titles and the text “coming soon,” Tinashe captioned the post with: “new ? coming soon.”

Just days ago, Tinashe released a short video that shows her vibing along to new tracks in her new home studio. “I had my brothers come over and we built a studio. We basically just started working here every day,” she says in the clip, which shows her writing and recording new cuts.

The teasers follow a mysterious video that Tinashe released earlier this week. “If my life was like a movie I’d need 50 sequels,” she captained the clip, which appeared to hint towards the long-awaited Joyride release.

I’ve made this my life