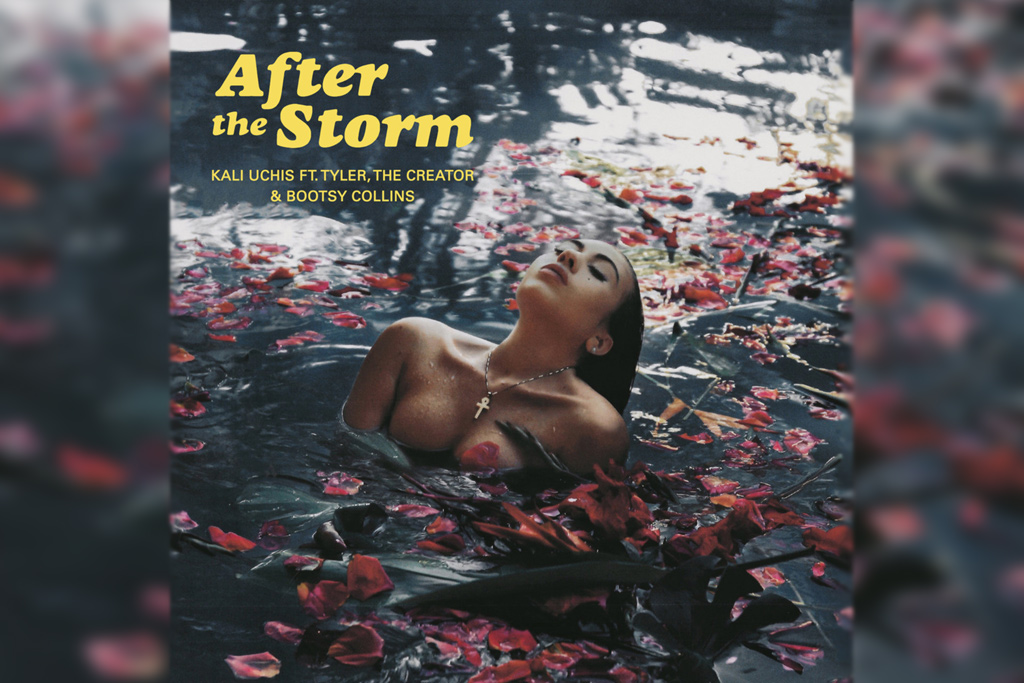 Colombian-American singer/songwriter, Kali Uchis is giving us soulful funk with her smooth new single “After the Storm” featuring Tyler, the Creator and Bootsy Collins.

The lush track glistens with sunny empowerment as Kali offers a self-reliant perspective for listeners.

“If you need a hero, just look in the mirror,” she sings. “No one’s gonna save you now / So you better save yourself.

After her soothing vocals, Tyler adds a rhyme about his lover. “The Tito to my Randy / Now, let’s produce some thriller / My chocolate with your vanilla.”

Uchis and Tyler have been frequent collaborators. In 2015, she opened up about their bond with Noisey. “He’s a lot like my brother,” she said. “He’s actually the same age as my brother. I already understood who he was before I knew him…I always thought he was cool. I’m not a fangirl, but when he reached to me I thought it was an amazing opportunity. I met him and it was different from my other collaborations, because it was closer to home for me. We hit it off immediately.”

Speaking again with Noisy last year, she discussed meeting Bootsy Collins: “He just reached out to me,” she said. “I got to go and meet his whole family; they live on a ranch in Ohio. I stayed in this hotel across the street from them and we were together every day, it was so much fun.” She also appears on Collins’ latest album World Wide Funk.

“After the Storm” is a single off Kali’s forthcoming debut album, the anticipated follow-up to 2015’s Por Vida EP.