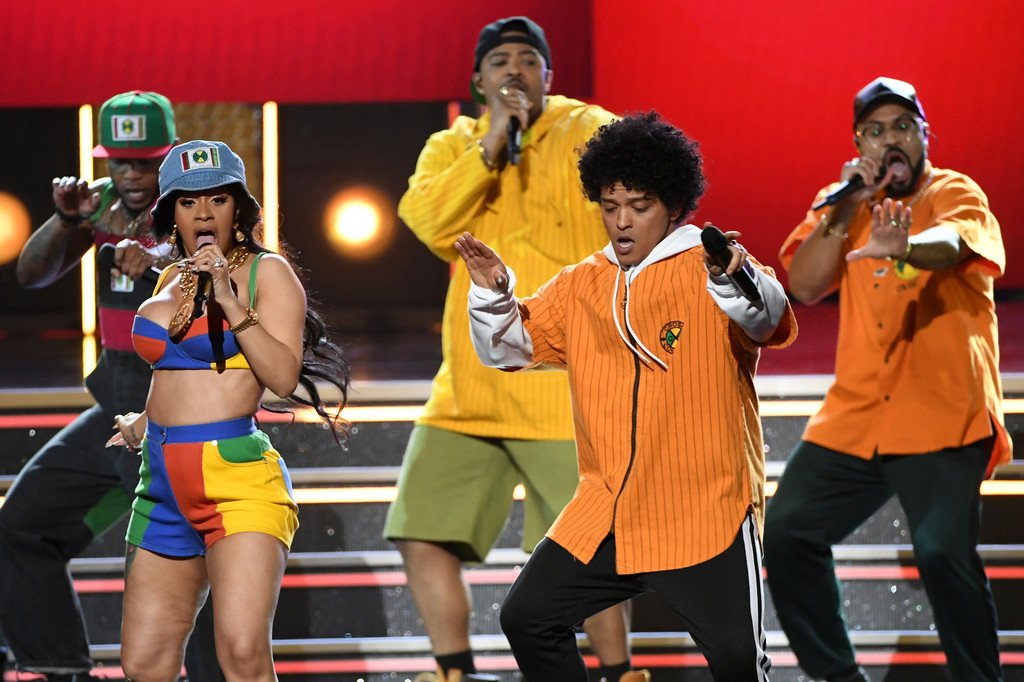 Bruno Mars was unsurprisingly the big winner at the 60th GRAMMY Awards on Sunday (Jan. 28), but before he took home the biggest trophies of the night the superstar brought his infectious sounds to the Madison Square Garden stage.

Joined by Cardi B for their blazing remix to “Finesse,” the dynamic duo turned their set into a celebration of the ’90s.

Similar to the music video, Bruno and Bardi pulled inspiration from “In Living Color” for the energetic performance. “Finesse” was written in large letters behind them, styled to look like the classic comedy show’s logo.

The throwback theme was present in their wardrobe as well. Dressed in vibrant Cross Colours couture, Cardi and Bruno joined the Hooligans for a dance-centric set to the new jack banger.

“Finesse” originally appeared on Mars Grammy-winning album 24K Magic. Bardi jumped on the remix earlier this year, which catapulted to No. 3 on the Hot 100.