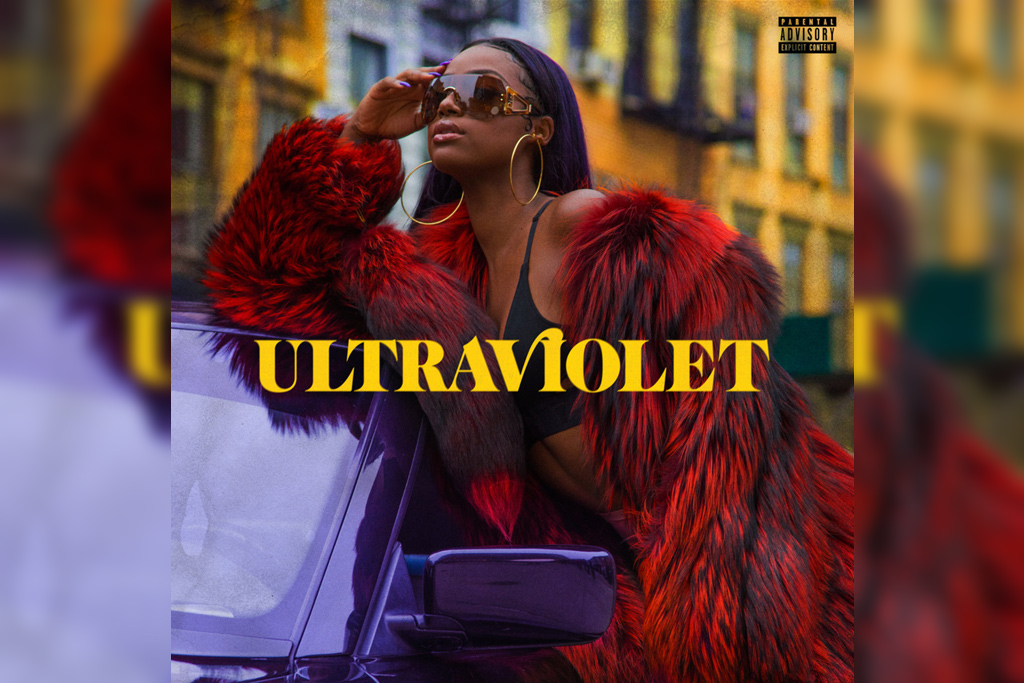 The first major release of 2018 has arrived and it comes from buzzing singer/model Justine Skye with her debut album Ultraviolet.

The 22-year-old Brooklyn native has come a long way from her days as a teen online trendsetter. Skye has certainly shown tremendous growth with the discovery of her confidence and strength as a young woman.

Currently led by the single “Don’t Think About It,” the 10-track album boasts contributions from PARTYNEXTDOOR (“You Got Me,” “Goodlove”), Jeremih (“Back for More”), WizKid (“U Don’t Know”), and Hitmaka (“Back for More”), among others.

Justine hopes the album will help to fully establish her as a serious artist to those that are only familiar with her as a pretty face.

“I feel like, with this project being by debut album, the point that I want to get across is that I am an artist. Because I feel like something that I battle with in my career is that people don’t realize that,” she recently told MTV. “They see me, like, on storefronts or in videos or in pictures, and [they’re] just like, ‘Oh, she’s really beautiful. She’s this pretty girl.’ And it’s just like, ‘Thank you. I appreciate that so much, but this is my music. Check that out, too.’”

Skye actually credits PARTYNEXTDOOR for helping to build her confidence in the studio. “I learned a lot from him,” she told Rap-Up. “He opened the door to push me to sing in a tone that I didn’t normally sing in. I was kind of scared. He was like, ‘You need to say things that guys would say. You need to speak like a ni**a. You gotta really get at them.’”

Listen to the Purple Unicorn’s glow up below.