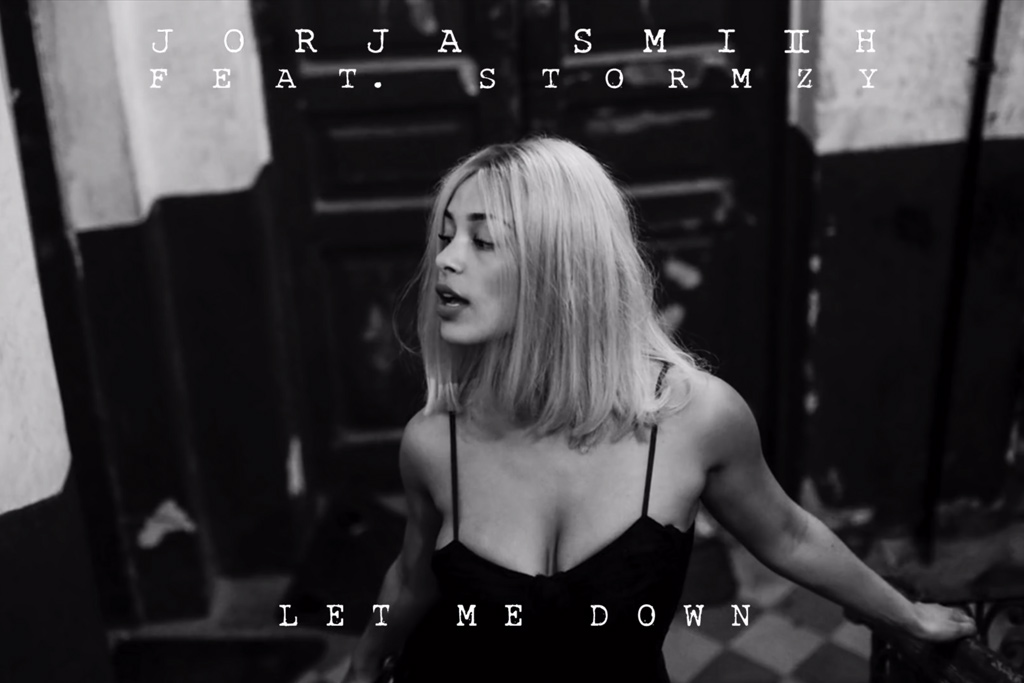 Jorja Smith is wasting no time in setting up 2018 to be a big year! We’re only in the second week of January, but the buzzing English songstress has released her brand new single “Let Me Down” featuring UK rap star Stormzy.

The powerful track is a commanding ballad driven by cinematic keys and strings, produced by Ed Thomas and Paul Epworth. Jorja shines brilliantly once again with exceptional control and endless vocal range. “Sometimes, I wouldn’t mind if I was less important,” she sings. “But I’ve got you to let me down.”

Stormzy adds his verse from a different perspective. “Time is golden, time is thin,” he rhymes. “But time is rare, so we squanderin’ that / I feel your pain when I hear your voice / So fix your tone, man, you’re stronger than that.”

“‘Let Me Down’ is about meaning very little to someone but being okay with that even though it hurts. Letting you down is all they do but it’s better than nothing,” said Smith, before explaining that it reminds her of a James Bond theme song. “A dream of mine is to write a Bond theme tune. When I am writing music I sometimes envision a video playing along side. ‘Let Me Down’ sounded quite Bondy and when I was listening to it I imagined it being played in a Bond film but during a scene when James Bond has gone down into an underground, dimly lit, secret bar and he approaches the Bond girl who is sitting at the bar looking very guilty because she’s done something bad and let him down.”

Smith is currently prepping for the release of her anticipated debut album, which is expected later this year. She will be headed back to the States to perform at Coachella this year, followed by another mini North American tour, kicking off April 23 in San Luis Obispo, Cali.

Take a listen to “Let Me Down” below.