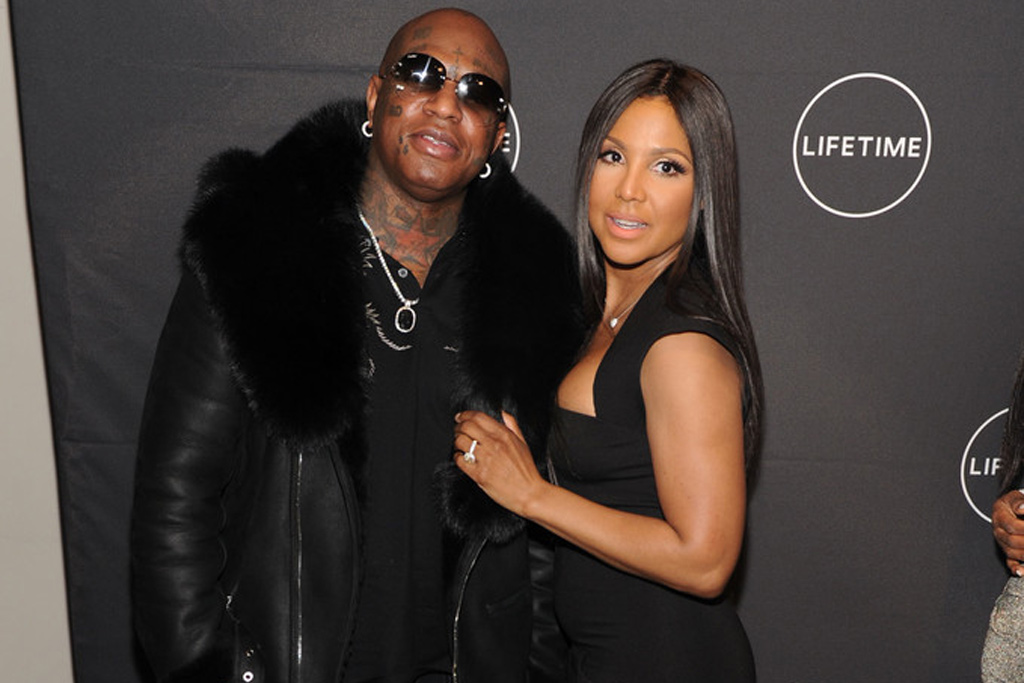 Contrary to what her little sister Tamar Braxton said, Toni Braxton has not tied the knot…yet!

The Grammy award-winning singer appeared on “Good Morning America” on Thursday in promotion of her new film Faith Under Fire, and additionally she set the record straight about her relationship with rapper and producer Birdman.

“Well, I am not married unlike my big mouth sister Tamar has been saying everywhere! I’m definitely not married yet but we’re working together,” the 50-year-old told host Robin Roberts before throwing a few winks to the camera and flashing a very large ring on that finger.

Braxton and the Cash Money boss have been friends for many years, but their romance was rumored to have begun in 2016 after they were spotted together at the BET Awards. When the eldest of the Braxton sisters performed at the Soul Train Awards in 2017 sporting a diamond ring on her left hand, it only further fueled the rumors about whether or not they had taken their relationship status to the next level.

Earlier this month, they leaked the new collaboration, “Heart Away.” Toni is currently prepping for the release of her new album Sex & Cigarettes, which is expected this year.