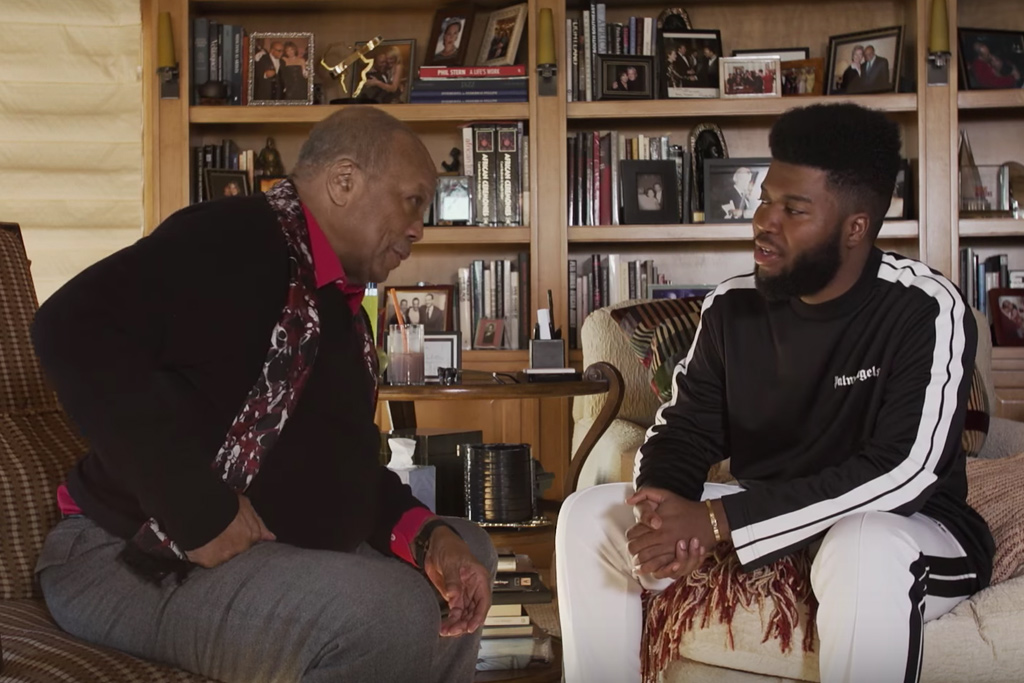 If you get the opportunity to sit with the G.O.A.T., you gotta say a prayer and soak in as much knowledge as possible!

This was the situation that GQ filmed with breakout singer-songwriter Khalid, who was invited to have a private one-on-one conversation with music industry icon Quincy Jones.

Set up at the 84-year-old’s Los Angeles home in his Grammy and platinum plaque filled room, the legend and newbie touched on some of the most historical moments of Jones’ life and career, while Khalid attempted at best to try and relate his short musical existence to that of the icon, who has 7 decades of experience.

One of the Quincy’s sentiments to him was the importance of song. “The singer is the messenger, the song is the secret,” he says. “A great song can make the worst singer in the world a star, and a bad song can be saved by the three greatest singers in the world. I learned that 50 years ago.”

The full conversation is full of gems. Watch it below.