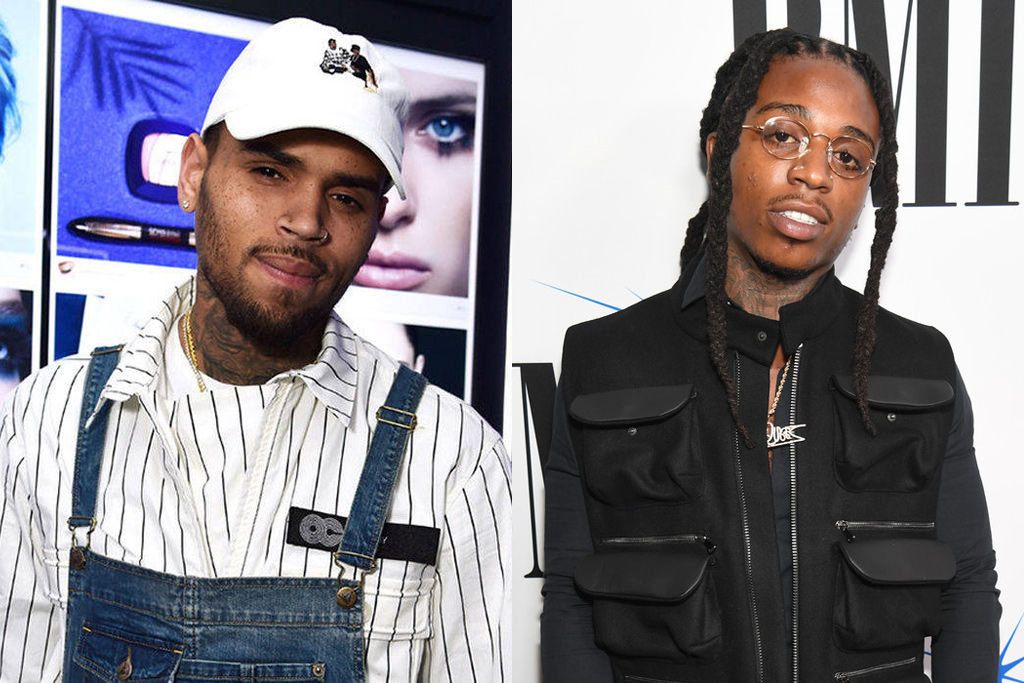 One month after announcing their joint mixtape, Chris Brown and Jacquees are sharing some of the progress on the project.

Taking to Instagram over the weekend, Breezy teased one of the songs that is expected to appear on the project. The 1-minute preview finds Chris in apology mode while he claims that he is ready to commit to one woman.

“I only need one minute,” he sings. “Just listen to me girl / Before you look for my replacement / I only want one girl / I’m ready for commitment.”

Brown captioned the video, which was shot in his studio: “@jacquees we cooking.” Jacquees shared the same video, adding: “Lamborghini Breezy And Lamborghini Que goin N!”

Earlier last week, Jacquees teased the project himself, taking to Twitter he revealed that they have already recorded 9 songs for the mixtape.

But, that’s not all. The Cash Money crooner took to social media on Friday to reveal that he has another EP on the way too, prior to the release of his long-awaited debut album 4275.

“4275 is my greatest work but it can’t drop till 1 more thing is cleared,” he tweeted. “I wanna hold y’all down so I got something for y’all I hate it just as much as you do trust me BUT what I’m about to do is the calm before the storm.” He then shared a photo of the tracklisting for a 6-track EP called ‘This Time I’m Serious,’ which includes features from Wale and T-Pain.

For those looking for new music right away, Jacquees just joined TK Kravitz on the brand new single “Ocean.” Breezy recently released the short new song “State of the Union.”