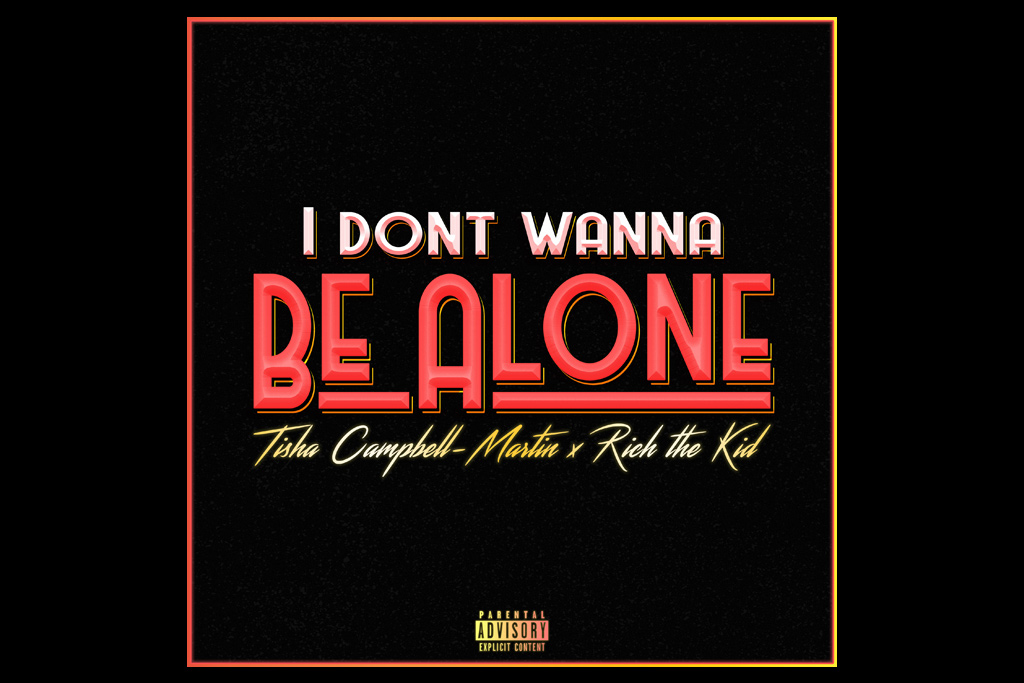 In 2015, Tisha Campbell-Martin surprised many with the release of her single “Steel Here.” Revealing to fans of her role as Gina on “Martin” that she grew up singing, Tisha returned in 2016 with the song “Lazy Bitch (This Ain’t Gina),” but we never received a follow-up until now.

With big plans for 2018, the actress and singer has released the brand new single “Don’t Wanna Be Alone” featuring rapper Rich the Kid.

The dance-ready track finds Tisha singing about “a little bump and grind,” wondering if she can make it work with a new lover. “I don’t wanna be alone tonight,” she sings. “Can you make me safe and sound / Can you make my love come down?”

Rich the Kid jumps on the track with his boastful energy. “She don’t wanna be alone,” he raps. “Why she blowing up my phone? / She a dog, take her home / On the kush, I’m in the zone.”

Longtime fans of Campbell will remember her self-titled debut album, which she released in 1993, but acting took over her career at the time. “This is where it all began for me,” she previously said. “I am a singer first and acting came later. Being an actress is what I do but music is who I am. For many people acting was my genesis but music is my exodus. I feel most comfortable behind the mic. That’s where I feel most at home. As an artist I want to affect people. I like to make people laugh, think, shed a tear, heal…This outlet is important to me because I can connect to people in a different way.”

This isn’t the only surprise for fans of Tisha and “Martin.” Last week, she met up with Martin Lawrence and Tichina Arnold for lunch. The reunion had fans wondering if a reboot of the ’90s sitcom is imminent, though Tisha remained coy. “We can’t tell y’all shit,” she told paparazzi. “How about that?”