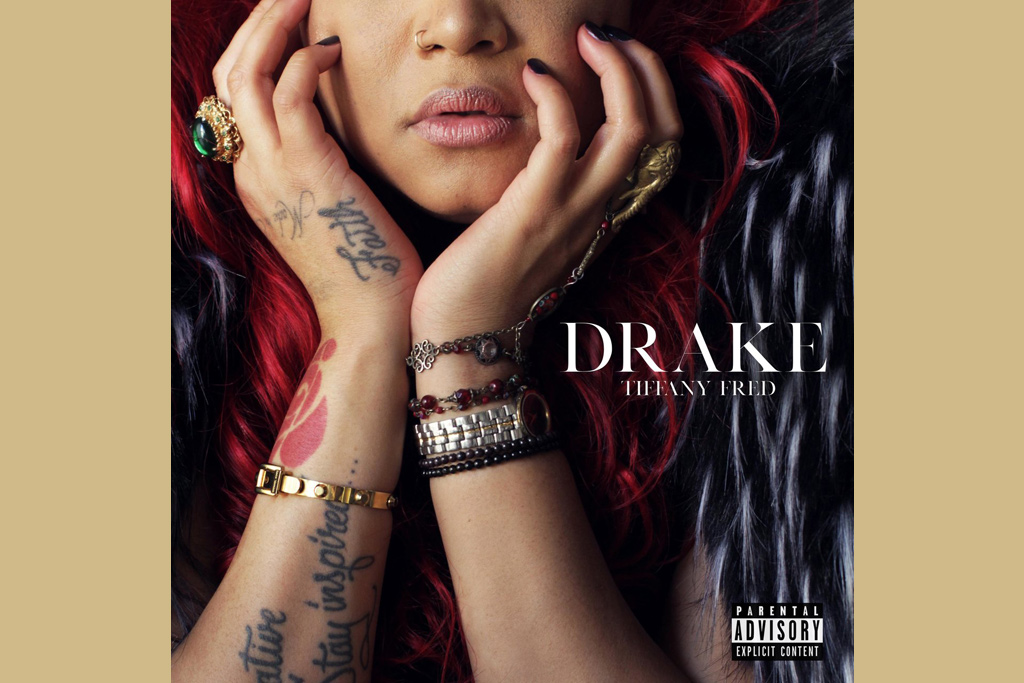 If you think you haven’t heard of Tiffany Fred, think again.

To be fair, the New Jersey-hailing singer-songwriter has spent most of her career in the background. Fred has contributed her songwriting talents to the likes of Zendaya, Fantasia, Tamar Braxton, Melanie Fiona, and more. She’s also been twice-nominated for Grammy Awards, having written on Jennifer Hudson’s self-titled album in 2008 (which she won Best R&B Album), and on Fantasia’s 2013 LP Side Effects of You.

Now, Tiffany Fred is venturing out on her own, with a band entitled “Fred and Company” and solo projects in the works. Her first solo affair? The ‘Drake‘ EP, which features the singer/songwriter re-imagining select tracks from the Toronto emcee. The EP includes guest appearances from Jesse McGinty, Poorboy, Cameron Johnson, and Donald Hayes.

It’s unfair to call ‘Drake‘ a mere collection of covers. Tiffany Fred really manages to put her own twist on each of the project’s 7 tracks where none of them remotely sound like the original versions outside of the lyrics. “Best I Ever Had” becomes more like jazz and sounds smoother than the club-ready original. Tiffany’s remake of “Find Your Love” is magical, and the singer cleverly fits the hook from “Get It Together” into her version for a nice touch. The project’s closing track “Come Through” kicks the urgency of Drake’s Nothing Was the Same cut into overdrive, with the addition of bluesy horns and Tiffany’s seductive vocals.

“The concept for ‘Drake’ came about accidentally, while writing a song for another artist,” says Tiffany Fred. “I began playing with the melodies and decided to just vibe and see where it took me, and ‘Best I Ever Had’ came out. I honestly thought it was a stoner idea at first, but a friend told me to finish it because it was dope and I did.”

Whether you’re a devoted fan of October’s Very Own or simply looking for a fresh take on familiar sounds, Tiffany Fred’s Drake EP will satisfy your curiosity. Stream the EP below.