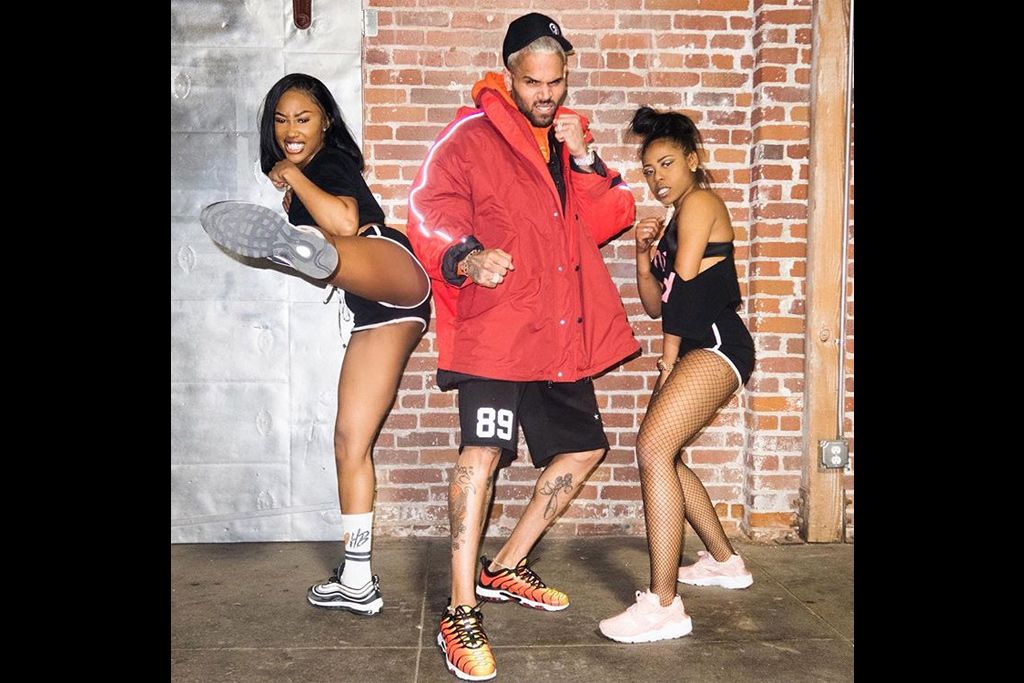 Chris Brown made an impromptu appearance at a women’s dance class in Los Angeles this week. According to TMZ, the R&B superstar gave the ladies a pep talk and hooked them up with a bunch of gear from his clothing line.

CB surprised the ladies at A-List Music & Co. in L.A. on Wednesday night by popping in the studio and helping choreograph the evening’s routine, said the class founder Kyhanna Mayfield. Apparently, Breezy heard about her Kys Klass from one of its regulars.

Chris hooked up everyone in the group with his Black Pyramid merch, and gave a speech about empowerment and women being confident bosses and demanding respect in the industry.

As a bonus, he even played some of his unreleased tracks from his phone for them to dance to.

Real recognize real !! ??? by @jakemmiosge !! Only at Kys Klass. #familyfirst?