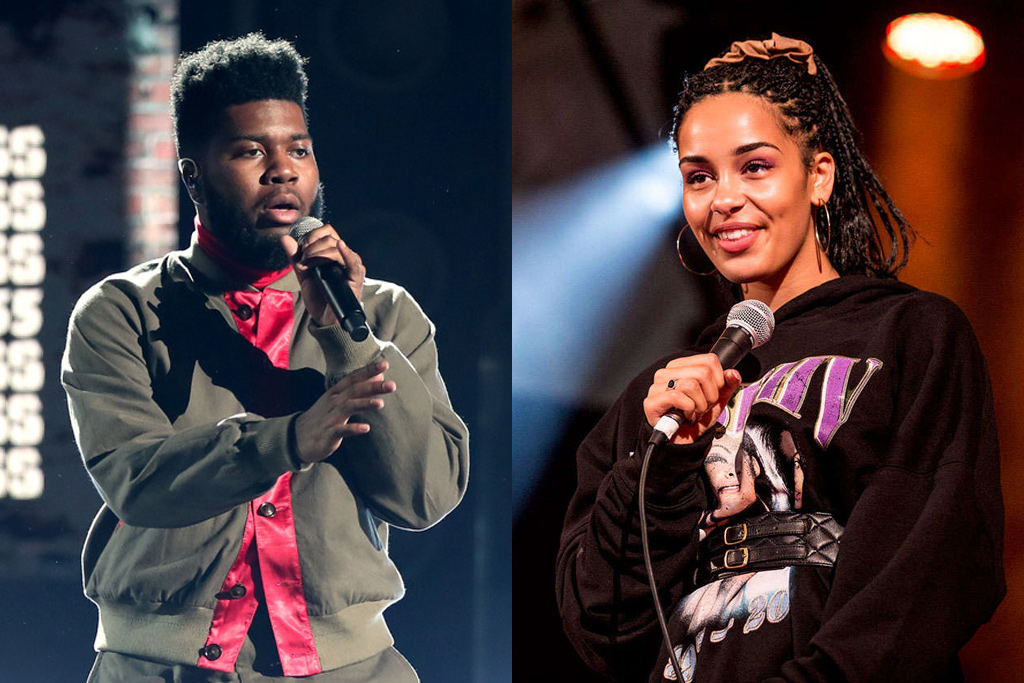 Khalid and Jorja Smith are two of today’s brightest rising stars. While from different countries and backgrounds, the two singers both had a breakout year in 2017 and now they have connected on a surprise new remix to Khalid’s hit single “Location.”

Joined by U.K. rapper Wretch 32 as well, the revamped version–nearly a year later–follows the previous official remix with Kehlani and Lil Wayne.

The 19-year-old crooner keeps his opening verse the same allowing Jorja the chance to vibe off his melodic advances on the modern day hook-up track. “Send me whatever you were writing,” she sings. “Say to me whatever you’ve been thinking about / Won’t be surprised if I’m feeling the same way that you do.”

In addition to their new collaboration, both Khalid and Jorja Smith are among the all-star lineup on the brand new Black Panther: The Album, presented by Kendrick Lamar and TDE. Khalid is joined by Rae Sremmurd’s Swae Lee on the vibey “The Ways,” where he daydreams of connecting with his power girl.

Jorja stays solo on her soulful contribution to the soundtrack with “I Am.” A mellowed out slow burner laced with crisp percussion, which allows her to showcase her raw vocal range. “Feel like dependin’ on me, sometimes we ain’t meant to be free,” she sings. “When you know what you got, sacrifice ain’t that hard.”

Kendrick shows up on the outro adding backgrounds behind Jorja, “If who I am offends you don’t feel sorry … My loss is worth more than your wins.”

Take a listen to all 3 tracks below.