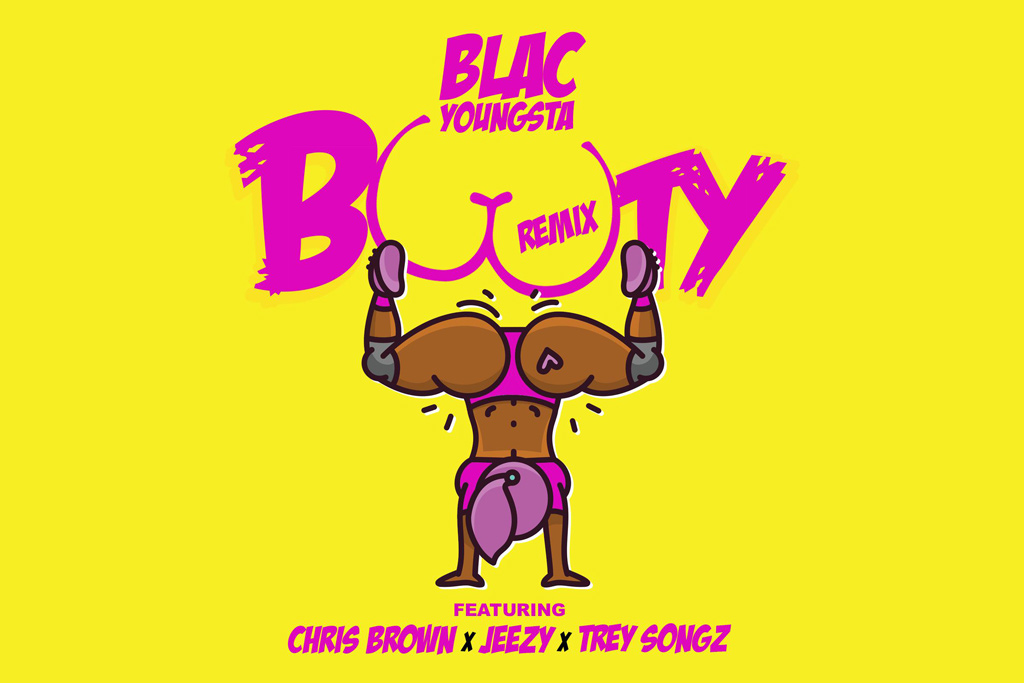 Chris Brown and Trey Songz re-up on the remix tip for the first time together in 2018. The R&B stars join Jeezy on the official RMX to the pole shaking single “Booty” by Blac Youngsta.

The Memphis rapper just released of his new album 2.23, and he looks to turn up the clubs this spring and summer with the all-star collaboration. Breezy kicks off the second verse with a stuttering slick flow. “Big ol’ booty, bih come over / Got her titties in the Gucci,” he raps. “She fit the booty in them fashionova / Yeah, you ain’t no groupie / I’m Lyon like Lucious / That ass on stupid, and I’m tryna smash.”

After Blac’s catchy strip club inspired hook, Trigga returns on the third verse with some promiscuous bars of his own. “Smack it up, flip it, rub it down, BBD,” he raps. “I know ya heard the news ’bout that BBC / Yeah, greatest in that box, RIP Ali / She say she love my kids, taste my legacy.”

In promotion of his album and the hit single, Youngsta recently announced that he would be buying one of his fans a booty by the famed Dr. Miami. Contestants have to upload videos of themselves twerking to the track and meet medical criteria for surgery. The winner will be announced Friday (March 2).

Chris Brown has already had a busy year dropping loosie tracks and teasing his many upcoming projects. Just this past weekend, he showed off his vicious rap skills with buzzing spitter Joyner Lucas on the single “Stranger Things.”

Take a listen to the bootylicious remix below.

Listen: Kima (of Total) Launches Solo Career with New Single "Luv Me Back"