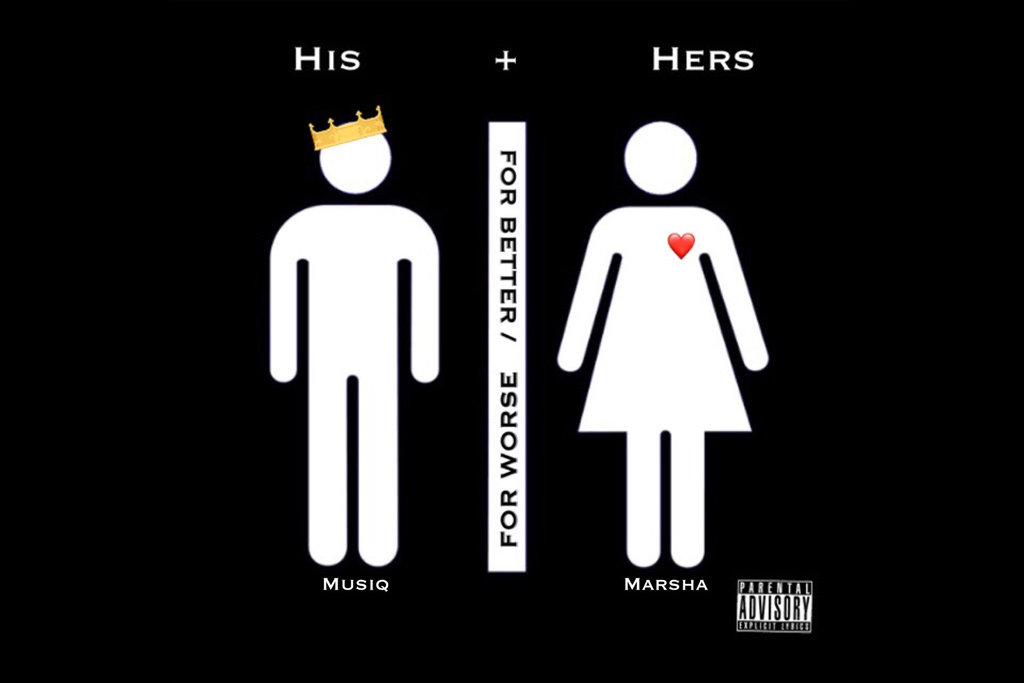 There’s nothing better than a surprise collaboration, especially from two artists with great chemistry. Musiq Soulchild and Marsha Ambrosius recently showcased such magnetism with the title track and opening song off Musiq’s Grammy-nominated 2017 album Feel the Real.

Now, the Philly natives have traded verses again on the new duet “For Better For Worse.” The soulful singers go back and forth over a subtle, snap driven instrumental about the trials and tribulations of love and relationships.

“Don’t assume that I can read your mind,” sings Musiq. “We both said that we would leave behind / What’s in the past to give us piece of mind / Well here’s a piece of mine.”

Marsha responds with some grievances like leaving the toilet seat up and jumping to conclusions on her verse. “Go zero to a million in your feelings and you drive me crazy / But I’m crazy for you baby,” she sings with the assurance that no petty issues with get in the way of their love.

In January, Musiq and Marsha performed a “His & Hers” show together at SOB’s in New York City. Previously, they had both been apart of the “Love Jones: The Musical” stage play. There hasn’t been any further announcement on a full tour or project together, but if they have anything in the works it will surely be well-received by fans.

Take a listen to “For Better For Worse” below.