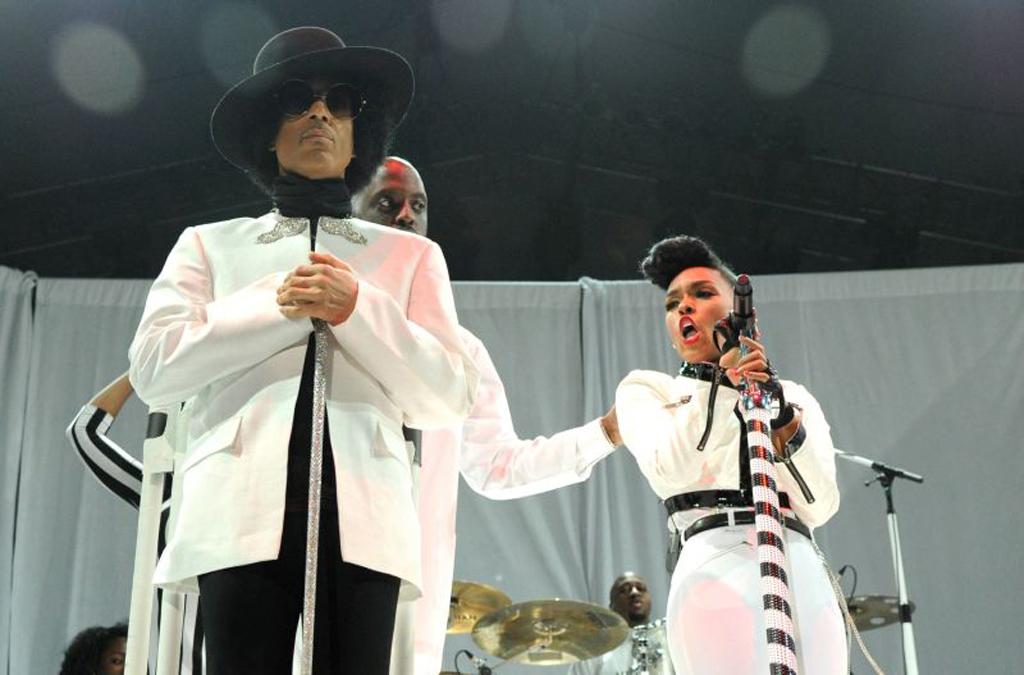 Prince and Janelle Monáe have a long history of mutual admiration, dating at least as far back as 2010 when Monáe performed at the BET Awards when the Purple One was given a lifetime achievement award.

In the following years, Prince also remixed Monáe’s track “Q.U.E.E.N.” and appeared as a featured guest on her last album, 2013’s The Electric Lady. Monáe also returned to the BET Awards in 2016 for a tribute to Prince after his death.

So it should come as no surprise that Prince acted as a sounding board and collaborator for Monáe prior to his passing. In interviews about her forthcoming album, Dirty Computer, Monáe discussed the influence that Prince had over her and the album, including its recently released single “Make Me Feel.” Talking to BBC Radio 1, she said:

“Prince actually was working on the album with me before he passed on to another frequency, and helped me come up with sounds. And I really miss him, you know, it’s hard for me to talk about him. But I do miss him, and his spirit will never leave me.”

In an interview with The Guardian, she talks about Prince’s influence on her:

“I wouldn’t be as comfortable with who I am if it had not been for Prince. I mean, my label Wondaland would not exist without Paisley Park coming before us. He would probably get me for cussin’, but Prince is in that ‘free motherfucker’ category. That’s the category when we can recognize in each other that you’re also a free motherfucker. Whether we curse or not, we see other free motherfuckers. David Bowie! A free motherfucker. I feel their spirit, I feel their energy. They were able to evolve. You felt that freedom in them.”

Janelle Monáe’s new album Dirty Computer is due out April 27.