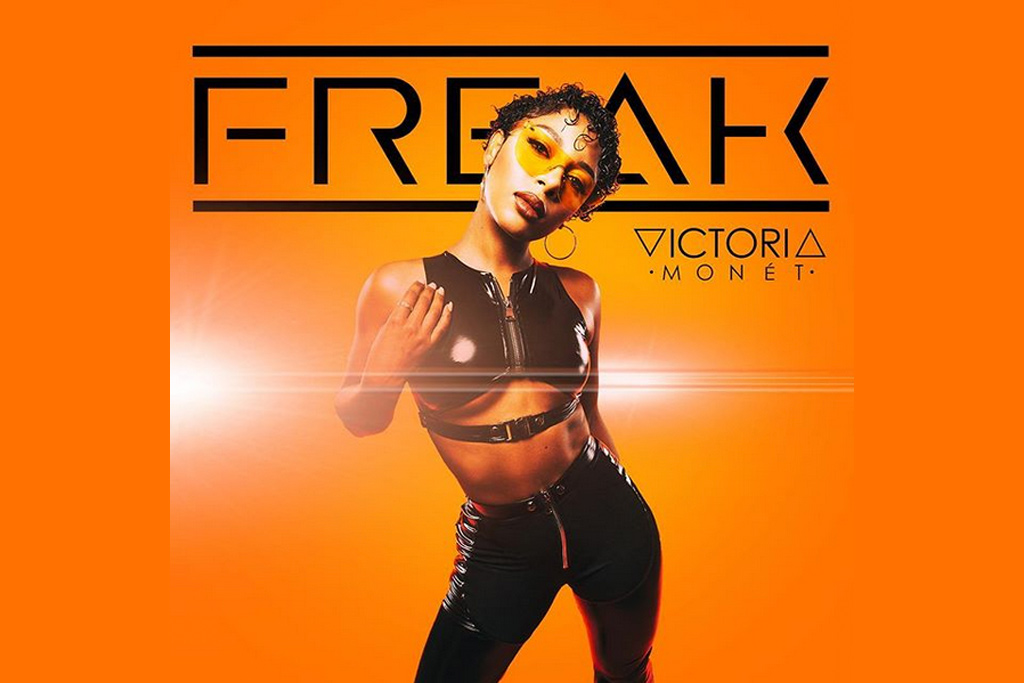 After opening for Ariana Grande on the worldwide “Dangerous Woman Tour,” singer/songwriter Victoria Monét is gearing up to release her new EP ‘Life After Love Pt. 1,’ which explores her many emotions after an intense breakup.

Getting fans ready for the new project, which follows her 2015 EP Nightmares & Lullabies Act II, the Sacramento native releases the bass-heavy single “Freak.”

Along it’s a dance-ready single, the song was originally inspired by the insecurities of her breakup, Victoria told Hollywood Life. “[Freak] was inspired by a breakup that I had. I was feeling really insecure about things that girls [tend to cite as reasons] for being broken up with — being cheated on, not getting enough attention, or whatever else went wrong,” she said.

“It’s about becoming more confident and overtly sexy, running into better habits, and making sure you are 100% a baddie,” continues Monét. “‘Do you want a freak?’ Because I can do that, too. The other girls aren’t the only girls that can be Sasha Fierce.” Adding what she hopes fans take away from the song, she said, “I really want people to feel empowered, sexy, confident — like the world is theirs. I want women to feel like it’s okay to be sexy. I know a lot of men in music have a little bit more leeway when it comes to talking about sex, but I think it should be an equal playing field, where women are allowed to talk about it too.”

Along with her new project, Victoria is launching a dance contest called the #FreakChallenge through her partnership with the Cheez app, allowing users to create dance videos set to Victoria’s choreography from the upcoming “Freak” music video for a chance to win $5k and a “Day with Monet” in Los Angeles.

‘Life After Love Pt. 1‘ will be released on February 23. Take a listen to “Freak” below.

Jhené Aiko Opens Up About Relationship with Big Sean