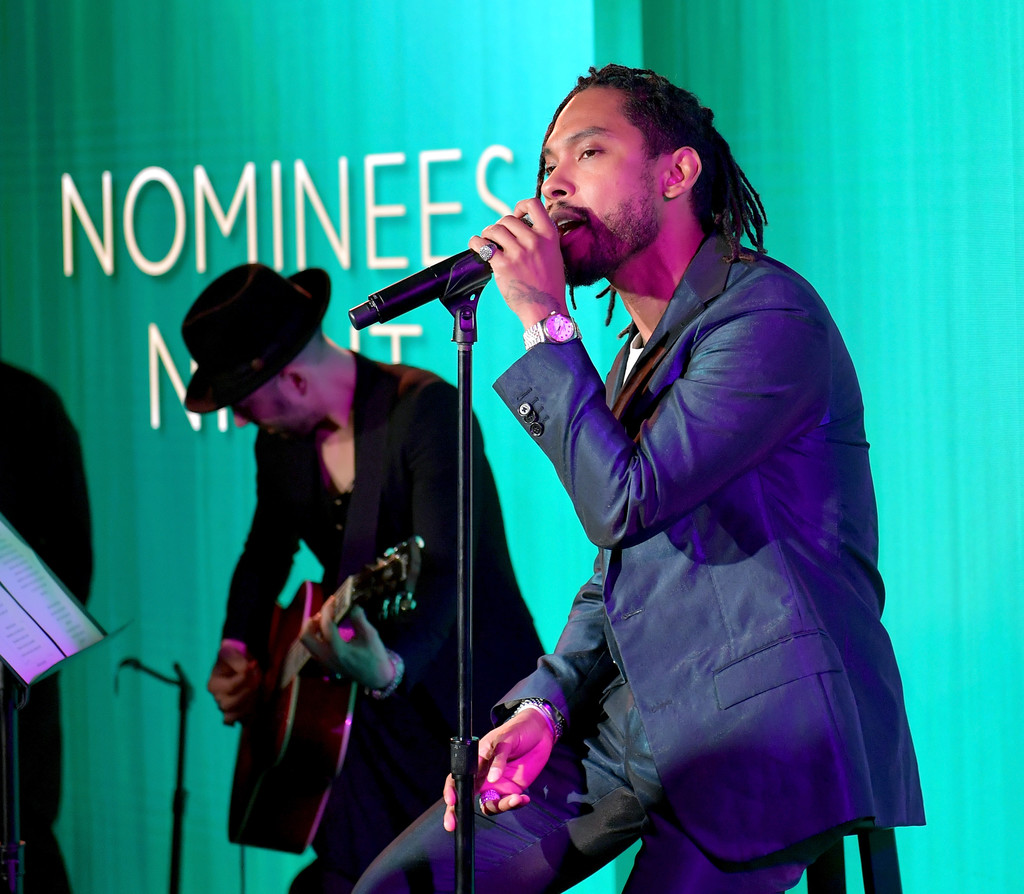 The Hollywood Reporter‘s sixth annual Nominees Night party got a jolt from two Oscar-contending recording artists Monday night when Miguel and Common took the stage for surprise performances of their nominated songs.

The ‘War & Leisure‘ star performed the bilingual “Remember Me” from Pixar’s Coco, and Common and singer Goldie belted out “Stand Up for Something” from Marshall in front of an enthusiastic crowd at Wolfgang Puck’s Cut at the Beverly Wilshire Hotel in Beverly Hills.

During Miguel’s performance of “Remember Me,” the Coco creative team — co-director Adrian Molina, director Lee Unkrich and producer Darla K. Anderson — watched from a booth, as did songwriters Kristen Anderson-Lopez and Robert Lopez. Diane Warren, the writer of “Stand Up for Something,” also was in attendance for the performance.