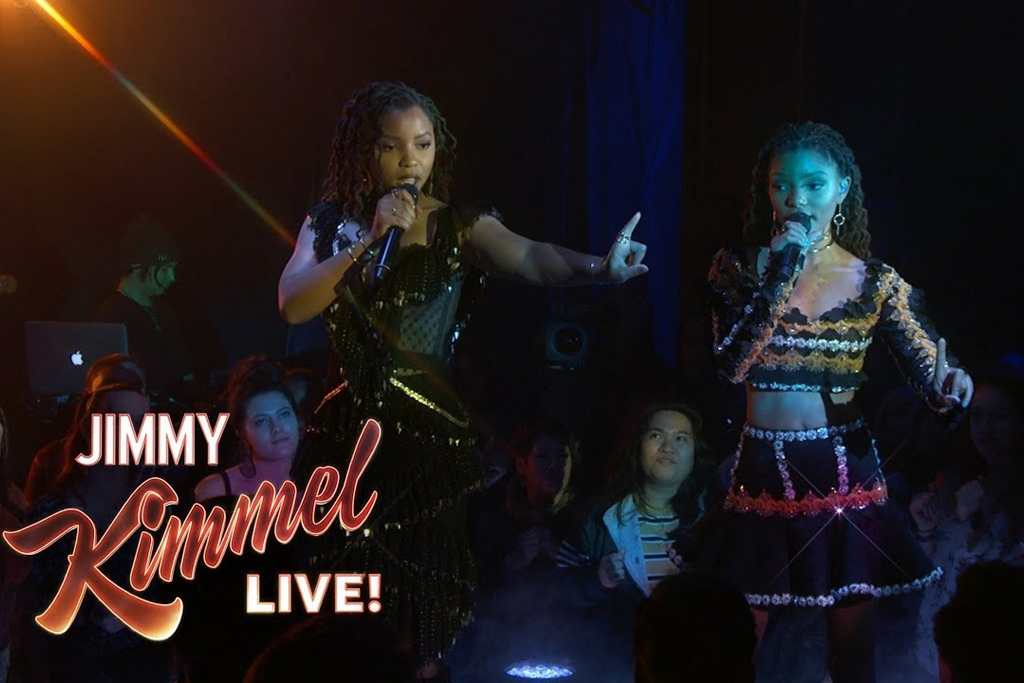 On the eve of releasing their anticipated debut album, Chloe x Halle made their late night television debut Thursday night (Mar. 22) on “Jimmy Kimmel Live!” with a performance of “Happy Without Me” and the album’s title track.

They opened with the brand new single off their album The Kids Are Alright which features rapper Joey Bada$$, who didn’t appear.

Decked out in shimmering black, silver and gold dresses, the Bailey sisters stood on a circular stage surrounded by fans and under a disco ball. They channeled vintage performance vibes swaying back and forth while belting out the sultry breakup song. “Bittersweet those memories / When I see you with her now,” sings Chloe. “It breaks my heart to see you happy without me.”

Returning for their second song, “The Kids Are Alright,” the duo showed off their musicianship as Chloe played keyboard and Halle handled electric guitar. As the crowd cheered them on, the finale included bursts of confetti shooting over them.

Chloe x Halle’s debut album The Kids Are Alright and short film is out now. Check out their late night performance debut below.