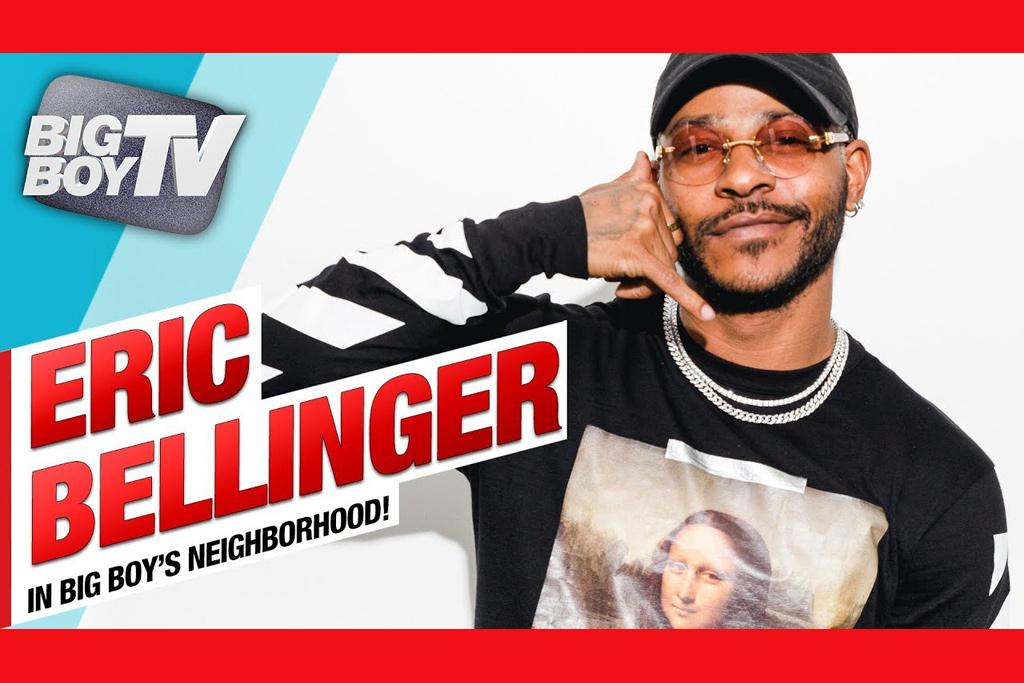 Eric Bellinger stopped by his L.A. radio family this week for a new interview on Big Boy’s Neighborhood. Hot off his diss track to Tory Lanez, and in anticipation for his upcoming album Eazy Call, the R&B star opened up about everything in the world of Eazy.

His beef with Tory was a big topic, as he just released the clap back song “Yikes,” which calls out the Toronto native for his disrespectful interview comments, subliminal lines on the song “Hard to Say,” and stealing Eric’s famous tagline. The Compton bred singer was open and honest about his decision to go forward with a diss track (something he’s never had to do), and why it was important to release such a strong response.

Filled with jokes and humor as most of Big Boy’s interviews are, they spoke in depth about Eric’s marriage and relationship with his wife La’Myia Good and his 3-year-old son. He talked about his recent Valentine’s Day stunt where he rented a white horse and fashioned it a unicorn to ride through LA with La’Myia on the way to his sold-out V-day show. He also shared his decision to bring his son to see Black Panther, and why fatherhood is so important to him.

On the music side, Eric spoke about his recently released collabo “Ain’t Ya Ex” with Mila J & Tink, everything that’s gone into making his new album Eazy Call (due out April 6), writing for other artists, and when it’s time to give tracks away versus keeping them for himself.