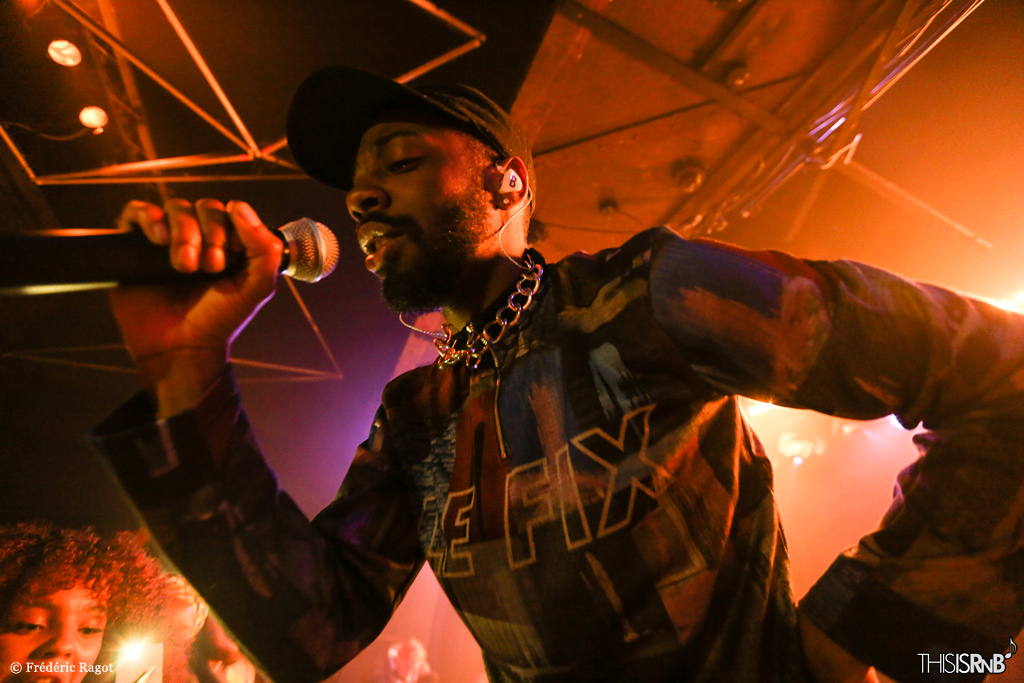 On Friday (Mar. 16), rising R&B artist Brent Faiyaz made Paris fans believers during the second stop on the European leg of his “Sonder Son Tour.” The Baltimore bred singer/songwriter has been riding a wave since the 2017 release of the Sonder EP Into and his debut solo album Sonder Son.

Following a performance in London, Faiyaz pulled in to Paris for his sold out show at Badaboum. After an opening set by emerging English singer-songwriter Amber Olivier, the “Make Luv” crooner hit the stage to loud cheers from his Parisian fans. Joined by a 3 piece band, including a drummer, guitarist and bassist, Brent delivered an intoxicating hour-long set of his deep R&B vibes.

Longtime fans enjoyed older favorites including “Invite Me,” “Poison” and “Insecure,” and of course he delved deep into his Sonder Son album, performing such tracks as “Gang Over Luv,” “First World Problemz / Nobody Carez,” “Missin Out,” “Talk 2 U” and more.

As expected, the Grammy-nominated singer saved his biggest track to date for last, setting the crowd off with his Goldlink-assisted hit single “Crew.” Brent Faiyaz has a big 2018 ahead with new music on the way from himself and his band Sonder.