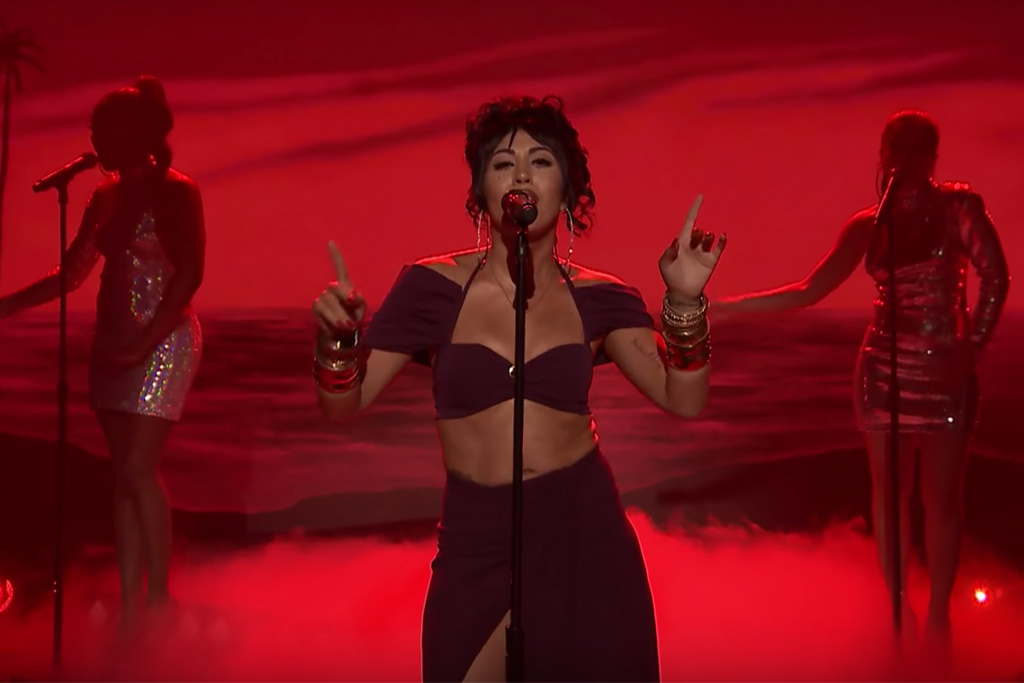 The sun didn’t come out, but the moon definitely did for Kali Uchis. On Wednesday night (Mar. 14), the buzzing songstress brought “The Tonight Show” to an island paradise with her debut televised performance of “After the Storm.” Donning a vintage seductresses look with two background dancers in sparkling dresses, the singer/songwriter swayed back and forth to the single’s funky groove with some assistance from The Roots.

With hazy red colored smoke covering the platform stage, Kali appears to float just under it and in front of a Hawaiian island styled backdrop.

Tyler, the Creator makes his smooth entrance halfway through in a bucket hat, untucked dress shirt and white pants. As quickly as he enters, the rap star drops his bars and walks off, leaving Kali to close the show with a stellar vocal performance.

“After the Storm” which also features funk legend Bootsy Collins, is the lead single off her forthcoming album Isolation, which is due out April 6. Previously speaking about the single Uchis said:

“We can find solace in the fact that we have to go through the bad stuff to truly get to the good.” Adding some reassurances, “Just because you’re losing at the moment doesn’t mean you’ve lost yet. The storm may be scary now but it’s how your flowers bloom later, and paradise is just beyond the rainbow.”