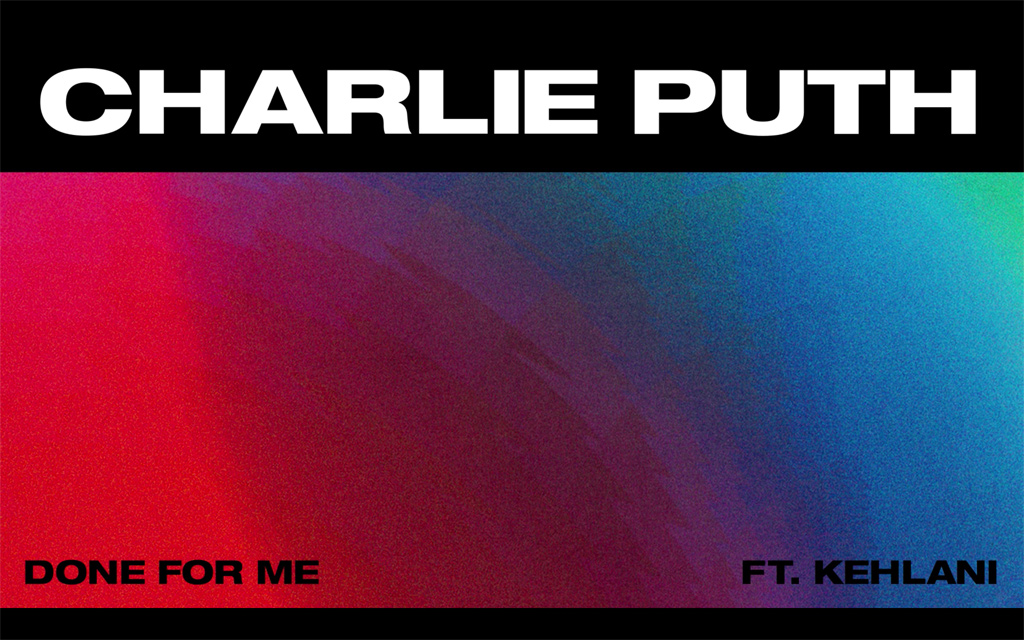 Kehlani has been steadily releasing some really stellar new solo music and collaborations since the release of her debut album SweetSexySavage.

Her latest finds the young superstar joining fellow Atlantic Records signee Charlie Puth on the groovy pop duet “Done For Me,” off his sophomore album Voicenotes.

During an interview with Beats 1, the pop heartthrob reflected on meeting the Oakland songstress. “You know when you meet somebody and you just know that you’re going to be friends with them for a really, really long time? That was her when I met her,” said Puth. “She’s just such a warm and outgoing person and just such a good distinct voice.”

He revealed how the collaboration came together. “I made this record, I produced this after an unsuccessful party in L.A., which is what all these records are based off of on my album,” he explained. “But I just went home played these, I have my little Juno keyboard over there that I had. I had gotten it that night and I just hit one of these settings here and just played a B-minor cord and it just made me think of Wham!, it made me think of 1988, and I put that chord down and I immediately thought of Kehlani too.”

Voicenotes is due May 11. In addition to Kehlani, the follow-up to 2016’s Nine Track Mind is set to feature Boyz II Men (“If You Leave Me Now”) and a undisclosed “legend.” “He’s like someone I’ve always wanted to see something,” said Puth.

Kehlani and Charlie Puth previously collaborated on their 2015 cover of Drake’s “Hotline Bling.” Take a listen to their reunion below.

Kali Uchis Performs "After the Storm" with Tyler, The Creator On 'The Tonight Show'