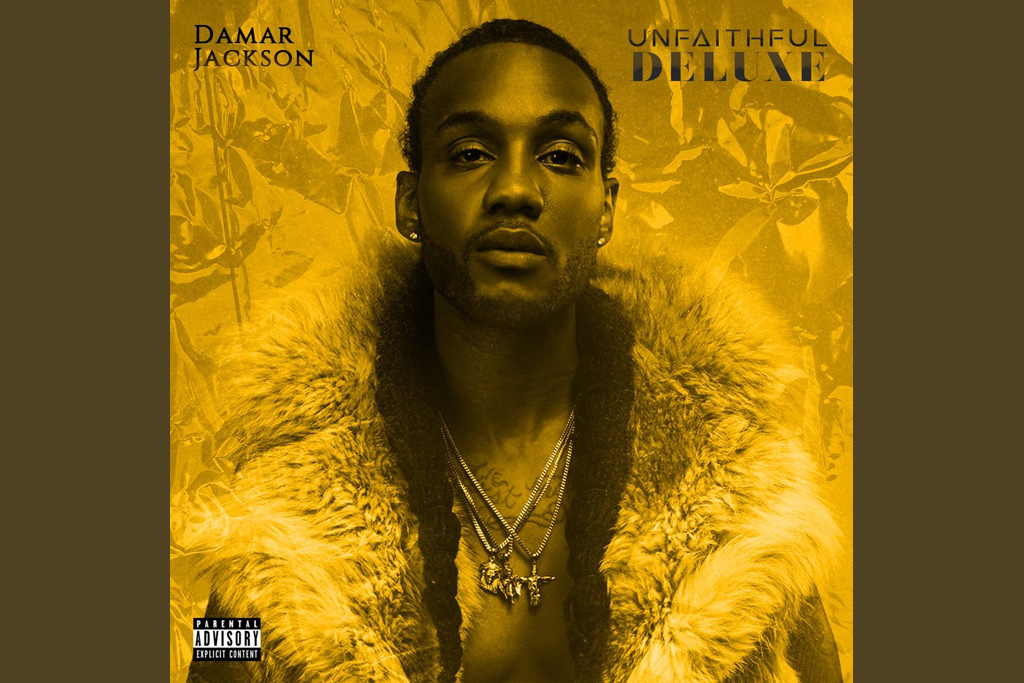 Emerging artist Damar Jackson is making big moves in 2018. Hot off opening for K. Michelle on her “People I Used To Know Tour,” the Louisiana bred crooner unveils a deluxe edition of his 2017 project Unfaithful.

The 11-track re-released version is led by the remix to “FN Everything” featuring Young Boy Never Broke Again, and the Kash Doll-assisted remix to “No Protection.” The deluxe includes 3 additional tracks as well plus more features from the likes of Gucci Mane (“Retawded”) and Moneybagg Yo (“Gangsta Luv”).

Jackson originally broke through in 2015 by co-writing K CAMP’s “Comfortable,” which reached #22 on Billboard’s Hot R&B/Hip-Hop chart and #54 in the Hot 100.

Listen to the deluxe edition of Damar Jackson’s Unfaithful album below!