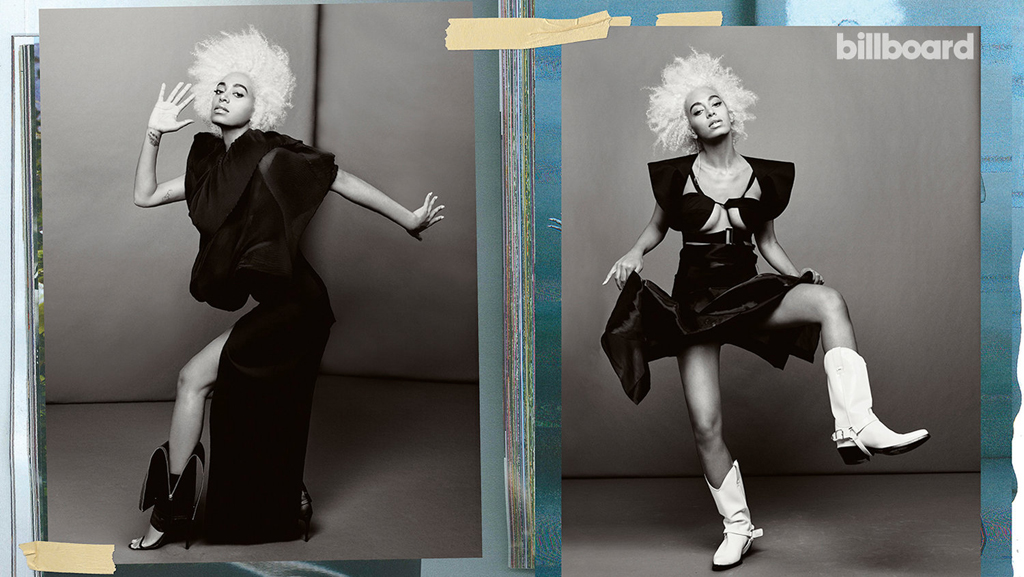 Solange is gracing the latest Billboard magazine with a revealing new interview. The A Seat at the Table songstress appears on the black-and-white cover of the March 3 issue, photographed by Ruven Afanador.

Despite that, she says she has been working on new music all over the world. “I’ve been working in Laurel Canyon, Topanga Canyon, and Jamaica,” she adds. “I actually have been following Joni Mitchell. It has been really wild. The house that I was just recording in [in] Jamaica, I stayed there for four days. And then the last day, the owner was like, ‘You know that mural that’s downstairs in the spare bedroom that the engineer booth is in? Joni Mitchell painted that.’”

Solange went on to say that she feels like her next project will come together in time. “I have always, all my life’s three projects, released them when they’re done,” she says. “Even now, I’m thinking about writing songs for my next project, and it feels exactly the time that it’s meant to be. I’m just coming into my 30s, and now I’m really ready to listen and willing to be led.”

Elsewhere during the interview, Solange praised Cardi B, Azealia Banks, and Missy Elliott, among others. She also opened up about her parents and diversity in all institutions. Read additional quotes from the conversation below.

ON MUSIC THAT EXCITES HER TODAY: “Tierra Whack. She sent me a shirt that says, ‘Tierra Whack is my mom,’ and I wear it proudly. I love Cardi B. I can’t wait to hear what her album sounds like. Moses [Sumney] and Kelela put out incredible projects last year. Azealia Banks is putting out new music. I think she’s phenomenal. I saw Missy [Elliott] and Busta [Rhymes] and Kelly [Rowland] are putting out a record [‘Get It’] today, which I’m going home to listen to. Missy is… well, she’s my mom.”

ON DIVERSITY: “I would like to see more diversity in all institutions, and I don’t just mean in music and art and fashion. I would like to see more people who look like me making decisions. But I certainly don’t subscribe to [awards] as the only way, best way or most important way to celebrate work. Through Saint Heron [a brand, founded by Solange, that encompasses a record label, online publisher, management company and more], we hope to uplift and empower and tell our story and celebrate each other every day. I am certainly not going to wait for anyone else to tell us that we’re worthy of that. I watched my mother creating the space that she wanted to be in, whether that was a hair salon or small business or an idea she started in our garage.”

ON BEING HARVARD’S ARTIST OF THE YEAR: “It feels like such a colossal honor that I’m still working through feeling deserving of it,” she explains. “I didn’t come from a line of college-educated women. I feel so humbled and appreciative, [having been] an 18-year-old teenage mother who didn’t go to college, who always had to explore academia on her own.”

ON HER PARENTS: “I knew I wanted to interview my parents when the album was done because I knew that if I interviewed them earlier in the process, it would shape and mold the way I personally related to my experience in New Iberia. Obviously, my parents are divorced, and getting the two of them in a room together was a powerful moment in time. They really led the conversation. I felt that because of my yearning to know, they were honest with me. I understood my father so much more. To sort out my adolescent and young adult years, there was still so much I needed to know because our relationship was not always very good. It’s still very much a work in progress. But I think I have a much clearer idea of the trauma that he experienced and how it felt like it was then generationally passed on to me. Both kind of existing in the white spaces as an “only,” and how much that can really shape and mold your experience of the world, race and identity. My mother, on the other hand, I knew how she felt. Heard it my whole life!”