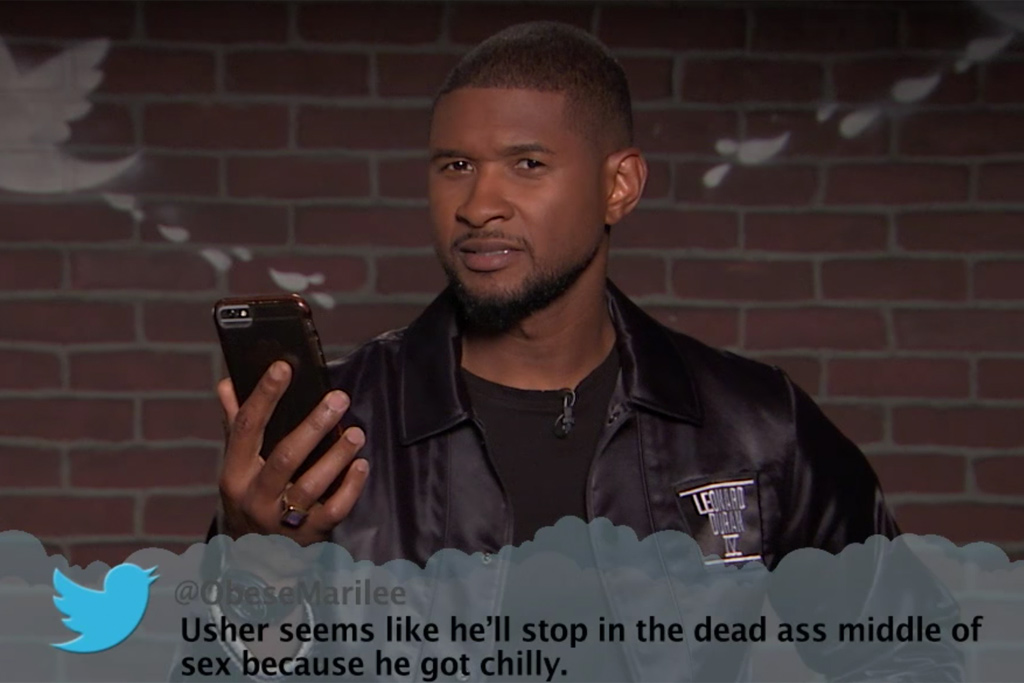 Hip-hop and R&B were definitely in the house for the fourth edition of “Mean Tweets” on “Jimmy Kimmel Live!”

Fresh off his Academy Awards performance, Common read a Twitter diss about himself on the show, which called him the “Pottery Barn of rappers.” His response? “What the fuck you know about rap?”

Ludacris was a good sport about his online slight, reading about how a person would “rather be homeless and watch 2 cats bang in an alley than to go to a Ludacris concert.”

Singers got in on the action as well, including Usher who’s comment said, “Usher seems like he’ll stop in the dead ass middle of sex because he got chilly.” The R&B star just starred at the screen with a confused look.

Erykah Badu‘s tweet was personal, as the person wrote that her breasts “look like dicks.” Her reply was calm: “I had three babies.”

Chilli and T-Boz read another tweet that deemed “Waterfalls” the “worst song about waterfalls, ever.” Chilli’s reaction was spicy: “That’s just some natural Earth bitch that said that.”