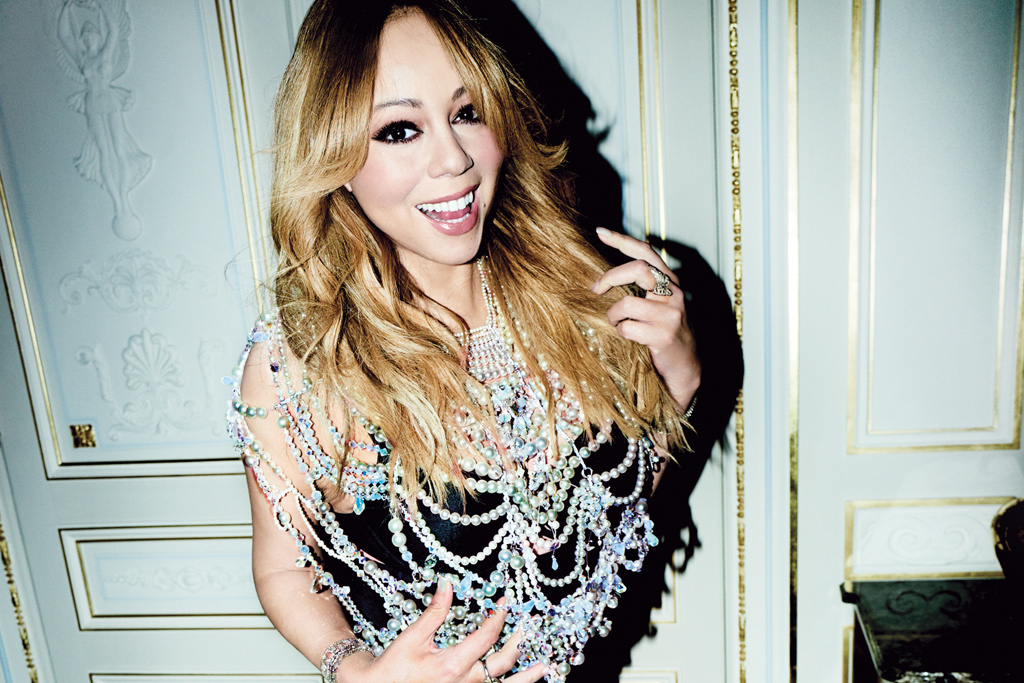 Mariah Carey is getting back to the basics with her next musical comeback. The iconic songstress is currently signed with Roc Nation, and according to MC she has already started the early stages of working on her new album with a little help from JAY-Z.

In her cover story for V Magazine’s newest issue, Mariah opened up about a “meeting of the minds” with Hov and his team, while crafting a non-Christmas album.

“I’m in the studio starting a new album of regular music…Meaning it’s not a Christmas album,” she said. “I’m kind of restarting, and I’m working with Roc Nation now, so that’s great.”

The project is in the early stages. “I had a really incredible meeting–just a musical, good meeting of the minds–with Jay Brown, JAY-Z, and Ty Ty [Tyran Smith], who’s an incredible person,” she added. “We all just kind of threw some ideas around, so we’re starting from the musical place rather than, like, what’s the hook? It’s gotta be done that way.”

Ultimate icon #MariahCarey is truly happy, back in the studio, and in full bloom on the cover of #V112, on newsstands tomorrow. Head to vmagazine.com to read the entire story. #linkinbio

This isn’t entirely new for Carey, who’s collaborated with Jigga on songs like “Heartbreaker,” “You Got Me,” and “Things That U Do.” “We just have a history as friends and as collaborators, so it’s kind of a thing that’s already been established,” she said. “Now, I’ve been getting to know Jay Brown a lot better: I’ve always known who he was and really respected and admired him so much. The way he does business is just awe-inspiring, you know what I mean? Like, they’ve really done an incredible job together, he and Jay. And they’re both named Jay [laughs]. So we’ve been going back and forth with different writers, different ideas. When I say writers, I mean cowriters, because I am a writer.”

In regards to her process with new music, Carey revealed, “I’ve already been in the studio last year and the year before that, just playing around and doing some music, some other things. I don’t want to give away too many people that I’m working with, but there’s a different approach that I’m taking as an artist. I think it’s like a fresh start. A lot of people see that whole other image. They see this diva; they see hair, makeup, bod, clothes, whatever it is—and hand gestures [laughs]—and they’re like, oh. They don’t think songwriter. But I look at myself as a songwriter first, and then a singer. That’s what I love to do the most.”

This will be Carey’s first album since 2014’s Me. I Am Mariah…The Elusive Chanteuse. Last year, she released the Jermaine Dupri-produced single “I Don’t” featuring YG and appeared on a remix to French Montana’s “Unforgettable.”

Watch: Daley Performs Blend of "He Loves Me / Spent" Live