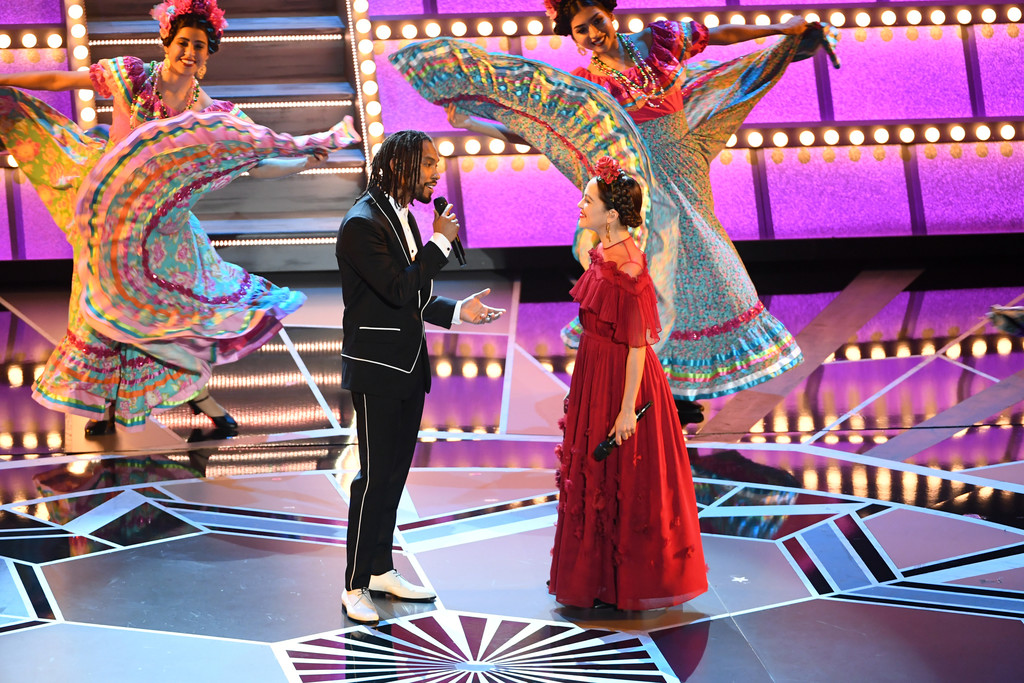 Miguel was the third R&B star to grace the stage at the 90th Academy Awards on Sunday night (March 4). Joining such vocalists as Mary J. Blige and Andra Day, the crooner had a very successful evening as “Remember Me” from Disney’s Coco took home the Oscar for Best Original Song.

The bilingual song was written by Robert Lopez and Kristen Anderson-Lopez. It’s performed variously within the film by Benjamin Bratt, Gael García Bernal, Anthony Gonzalez, and Ana Ofelia Murguía. Miguel recorded the song as a duet with singer Natalia Lafourcade for an official single off the movie’s soundtrack, their version is also featured in the film’s end credits.

At the award show, the R&B maverick joined Gael García Bernal and Natalia Lafourcade for a festive duet performance. The background of the stage with illuminated with neon colored graphics in a similar theme to the artwork from the movie.

If you missed it live, catch Miguel’s Academy Awards performance below.