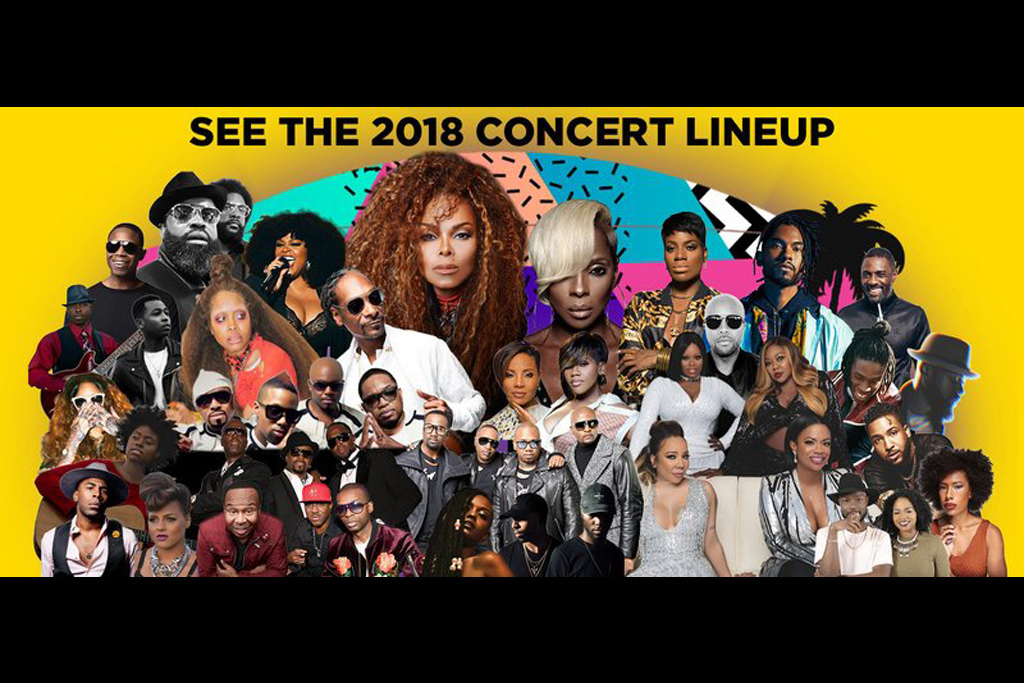 It’s going down in N’awlins this July at the 2018 ESSENCE Festival.

The annual 3-day event, which is among the largest consumer live events in the nation, has announced the all-star night-by-night performance schedule. The festival’s concert series is taking place from July 6 to July 8 at the Superdome in New Orleans, LA.

ATTENTION: Single-night tickets for #EssenceFest are available now + there are new additions to the line-up, including @JussieSmollett, @officialSWV, Lloyd (@curlyheadedblackboy), and more! Tag a friend below and get your tickets now! ?? ? in bio for tickets?! #EFSquadGoals ***UPDATE: 3-day weekend ticket packages are sold out!**

The A-list nighttime concerts will feature more than 40 acts across five stages in the Superdome throughout the weekend on the festival’s renowned Mainstage and in the intimate Superlounges.

Roy Wood Jr., from Comedy Central’s “The Daily Show,” will return as the Mainstage host, with more surprise guest performances to be announced. The legendary D-Nice will also keep the Mainstage music going for the weekend.

For more information about ticket sales and accommodations and for the latest news about the ESSENCE Festival, visit www.essencefestival.com.