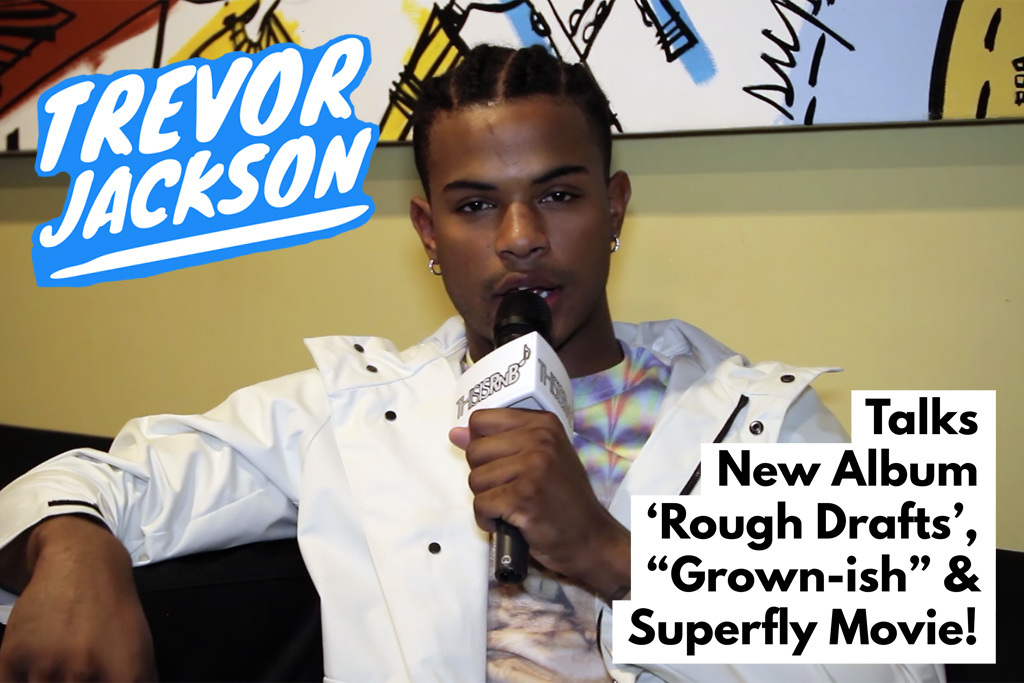 Trevor Jackson is a work in progress. The multi-hyphenated young star has been heating up our screens with various acting roles recently, but the 21-year-old has finally returned with his first music project since 2015’s In My Feelings.

Released last month, the album Rough Drafts, Pt. 1, is an impressive artistic progression for the gifted entertainer. Stepping out from behind the previous restraints of record label requests and various career controllers, Jackson took the reins of his creativity. Harnessing all elements of his creative energy Trevor went to work DIY style, from writing each song, recording himself in his home studio, playing guitar on a handful of the album’s 15 tracks, to writing and directing his own music videos.

Trevor describes the title as a metaphor for not only an artist and creator’s path but for life in general. As we are always adding to and editing our knowledge, perspectives and goals. During a tour stop in New York City, where he was performing in support of the album along with fellow young star Justine Skye, the passionate singer/actor sat down with ThisisRnB for an exclusive interview where he held nothing back.

Trevor’s excitement and energy is off the wall as you can feel how getting this music out to the masses means so much to him. It’s his outlet for therapy, but music is only part of his artistic gifts. He was equally enthused to discuss his role on the critically acclaimed sitcom Grown-ish, which is a spin-off from ABC’s hugely successful Black-ish, as well as his upcoming starring role in the modern remake of the 1972 blaxploitation film Super Fly.

See the full interview below, and stay tuned for much more from the immensely talented Trevor Jackson.