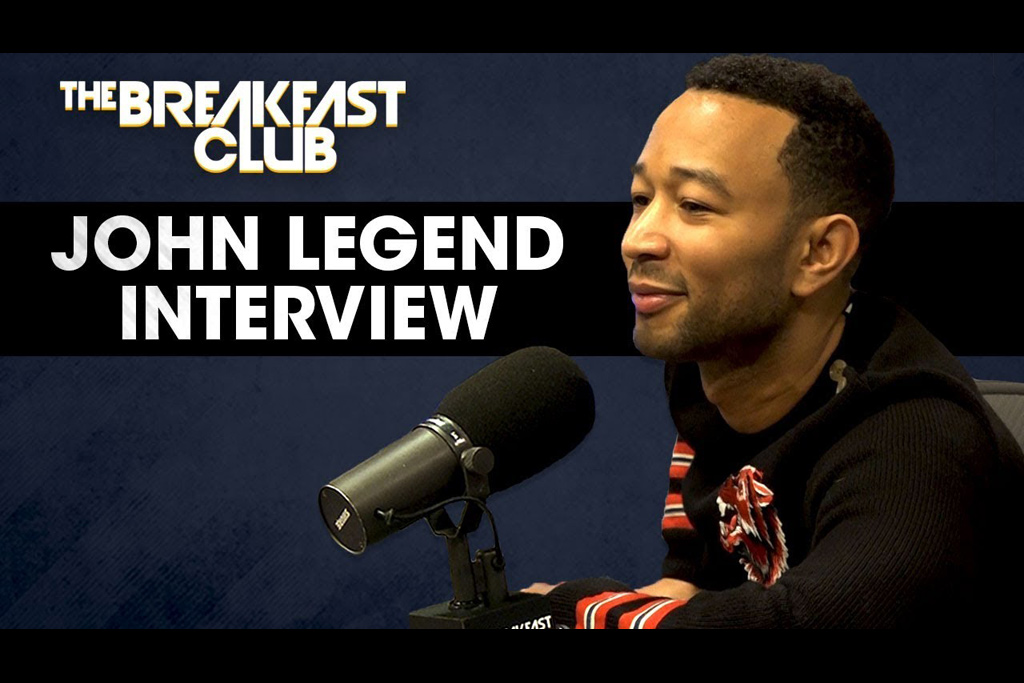 John Legend has a lot going on again!

The international R&B star woke up bright and early to appear on “The Breakfast Club” this week for an interview fresh off his portrayal of playing Jesus on NBC’s “Jesus Christ Superstar Live In Concert.” John candidly discusses his preparation for the role and the feedback that he has received from the live production.

Legend opened up about why he decided to take on the role, saying “It’s an iconic show and the role couldn’t be more iconic, so let’s take it. It’s a challenge.” He also spoke about whether there was any “pushback” about Jesus being portrayed as a black man in the production. Legend said that “people asked me about it, but I didn’t get much crap on Twitter from anybody.” He went on to say that he definitely felt the pressure, though, because he knew it was a big deal to portray Jesus in the show.

Speaking about performing the show live in front of an audience, John says: “It felt like it was a real concert, mixed with a theatre experience. That’s the way I like to perform.”

Another interesting tidbit about Legend’s role in Jesus Christ Superstar Live in Concert is that he could hypothetically win an Emmy for the role. He’s already won a Grammy, Oscar, and Tony Award, so, if he takes home an Emmy this year, he’ll be one of very people to win all four prestigious awards. “I wouldn’t say I’m aiming for it,” Legend said of the possibility, “but I wouldn’t be mad if I got it.”

Surprisingly, Legend also revealed that he knows who “bit” Beyonce. “We weren’t there, but we know people who were there,” he said of the infamous incident.

The R&B crooner is readying new music as well! Following his stellar 2016 album Darkness and Light, John reveals he has a new single dropping this week. The song is titled, “A Good Night,” and apparently he curses on it, and the theme involves going out and finding the love of your life. “You go out and you just think you’re going out for a regular night, and you meet somebody that you really hit it off with,” he says. “You might be drunk, you might be feeling a certain way just in the moment, but maybe you just met your wife.”

In addition to his entertainment endeavors, John Legend talked about his charity and political work, including his involvement with ending mass incarceration.

New Music: Sabrina Claudio - All To You