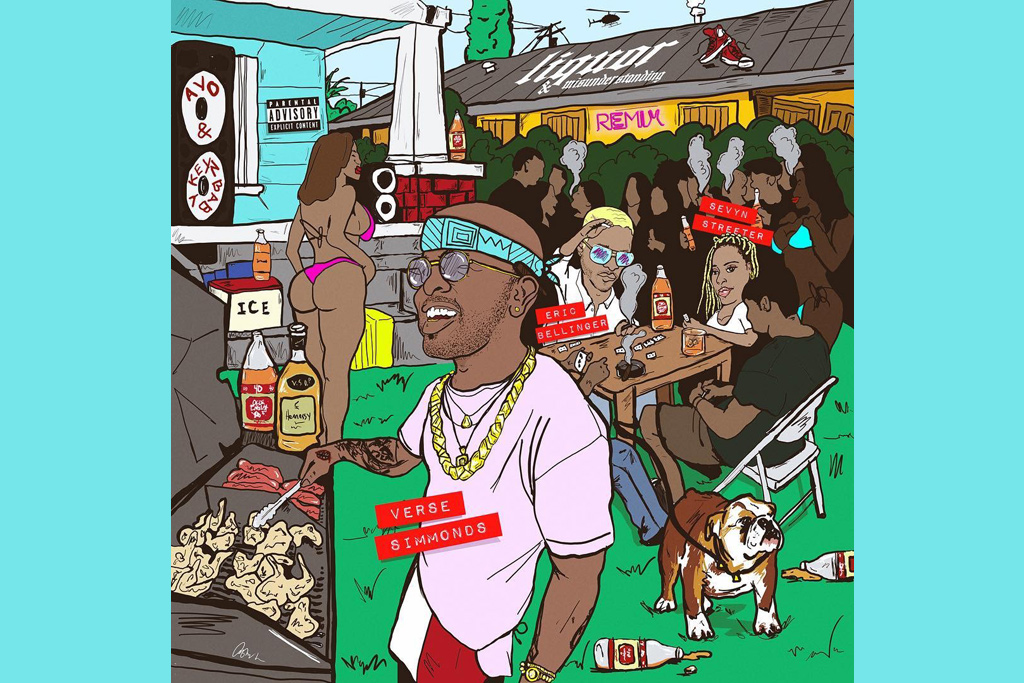 Po’ up! Re-up! Verse Simmonds teams up with 2 of his R&B peers on the blazing new remix to his single “Liquor & Misunderstanding.”

Opening the refix with a confirmation that he isn’t the only one that has experienced these issues, Verse exclaims, “I ain’t the only one going through this shit / I was talking to the homies look like everybody got some bullshit they dealin’ wit.”

Sevyn Streeter holds nothing back on the second verse with an aggressive recollection of a liquor induced argument with bae. “You took it too far this time,” she sings. “The liquor be telling the truth I see what’s on your mind / If that’s what we’re doing then let’s go there tonight / Pass me the bottle let me get some shit off my mind / I’ll say some shit you don’t like.”

Eric Bellinger joins the conversation on the third verse. The ‘Eazy Call‘ crooner opens the bottle and opens up about a past relationship. “There’s some shit that I’ve been keeping bottled up,” he sings. “But tonight I’m like fuck it, bottles up / Since you wanna argue all up in the club / I’ll go ahead and state the obvious / I thought it was love, it was really lust.”

Be careful mixing those clear and brown liquors, and press play below.