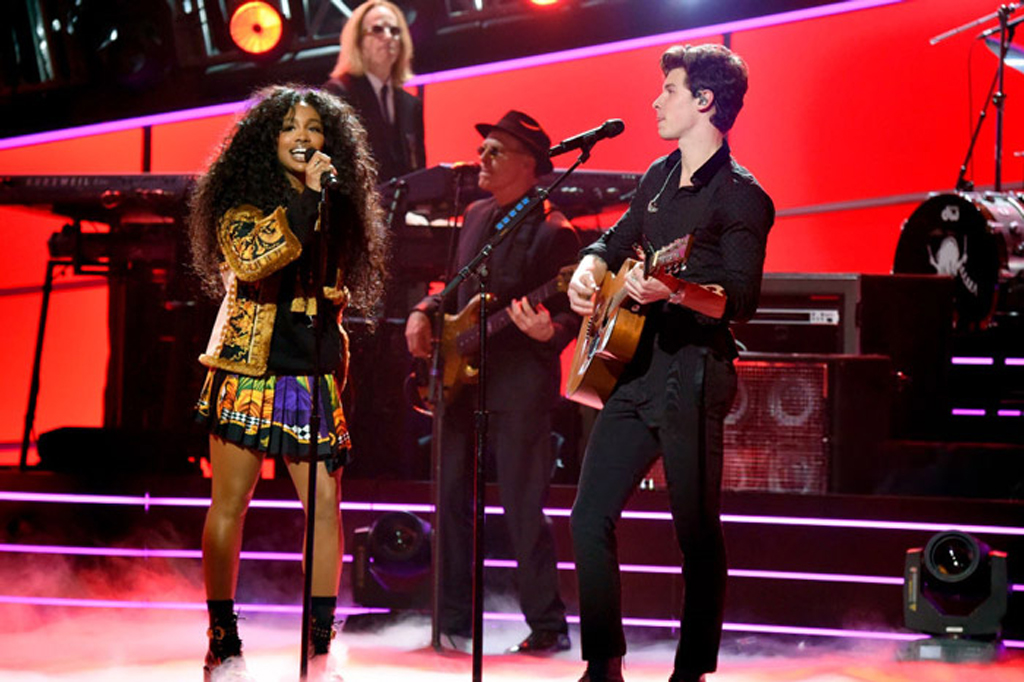 Backed by a live band, Mendes held an acoustic guitar, while Solana provided soulful vocals. Standing on a bed of fog, the duo went back and forth with the iconic track. Meanwhile, Elton John applauded their efforts from the audience.

More recently, Q-Tip and Demi Lovato recorded a remake of the song for Revamp: Reimagining the Songs of Elton John & Bernie Taupin. The tribute album also featured other covers, including Mary J. Blige’s rendition of “Sorry Seems To Be The Hardest Word.”

Last night’s tribute concert also included other stars. Alessia Cara rocked “I Guess That’s Why They Call It the Blues,” Lady Gaga performed “Your Song,” and John Legend played a rendition of “Don’t Let the Sun Go Down On Me.” Sam Smith, Ed Sheeran, and Chris Martin were among the night’s other performers.