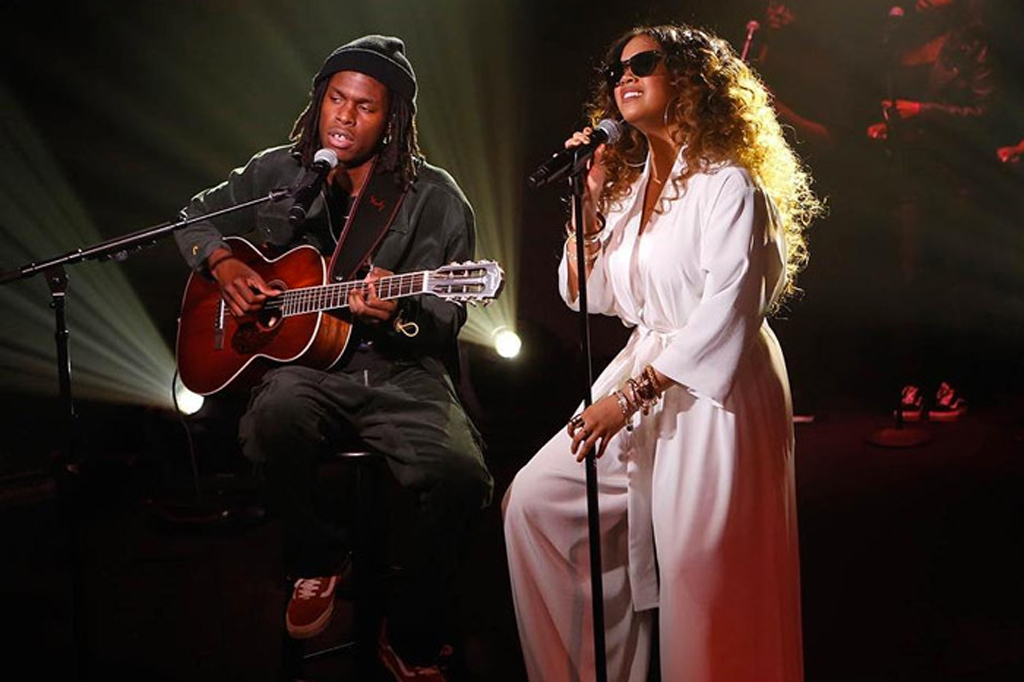 While Normani and Khalid were on “The Tonight Show,” R&B Freshman H.E.R. and Daniel Caesar brought they buzzing, soulful collaboration “Best Part” to the Kimmel crowd.

Hot off her headlining “Lights On Tour,” H.E.R. opened the set dressed in a flowing white pants suit, rocking her signature big curls and black sunglasses. Over Caesar’s solo acoustic guitar strings, she displayed her lush vocals with a sensual tone and effortless control. Dressed in all-black, Daniel followed with his transportive, endearing verse. The song’s title is so fitting for their chemistry on stage, as their moments together on the chorus are blissful.

The backdrop to the performance was unique. Behind Daniel was a digital screen showing him in a blue and pink sunrise, while H.E.R.’s screen showed a purple and orange sunset.

H.E.R. celebrated the momentous occasion on Instagram. “My debut TV performance was a beautiful moment,” she wrote. “Lucky to have shared the stage with my friend and one of my FAVORITE artists @DanielCaesar. Thank you @JimmyKimmelLive.”

Next, H.E.R. will be hitting the road with Chris Brown on his “Heartbreak On A Full Moon Tour,” along with 6LACK, Jacquees & Rich the Kid. Fans can also expect new music this year, as she is expected to release her debut album in the fall.

“Best Part” appeared on H.E.R.’s Vol. 2: The B Sides, which dropped last year. It can also be found up on Daniel Caesar’s debut album Freudian.