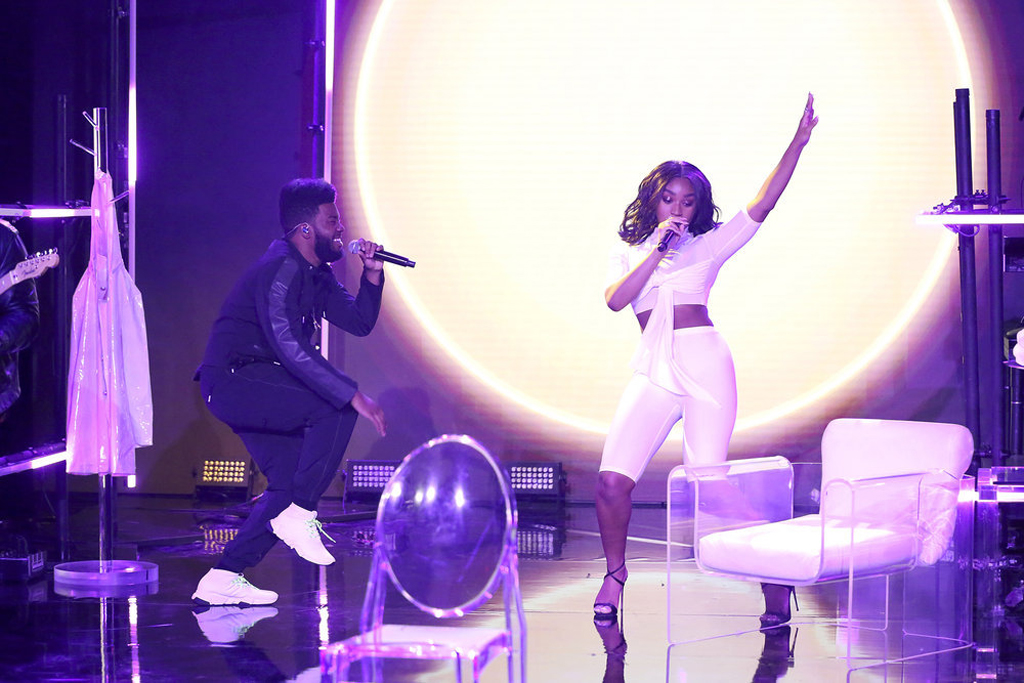 What a night for late night performances. Making their first live duet, Normali and Khalid took over “The Tonight Show Starring Jimmy Fallon” on Tuesday (April 10).

The dynamic duo teamed up for the television debut of their Love, Simon collaboration “Love Lies,” which they released on Valentine’s Day.

Dressed in all black, Khalid kicked off the performance on a clear ghost chair. Backed by a live band, the soulful crooner launched into the ballad. Meanwhile, the Fifth Harmony songstress popped up in a body-hugging Off-White outfit.

Chemistry was in the air. As the performance continued, Normani and Khalid showed off some friendly and playful camaraderie. At one point, Khalid got down on his knees, while Normani showed off her curves in front of him. The pair ended the performance with smiles and a hug.

“I’m so incredibly grateful to be able to be in a place where I can explore myself as an artist and what I’m capable of,” said Normani. “Never in a million years did I think I would be in this position in 2018. Everyone has been so supportive and patient, thank you so much to my fans for giving me the opportunity.”