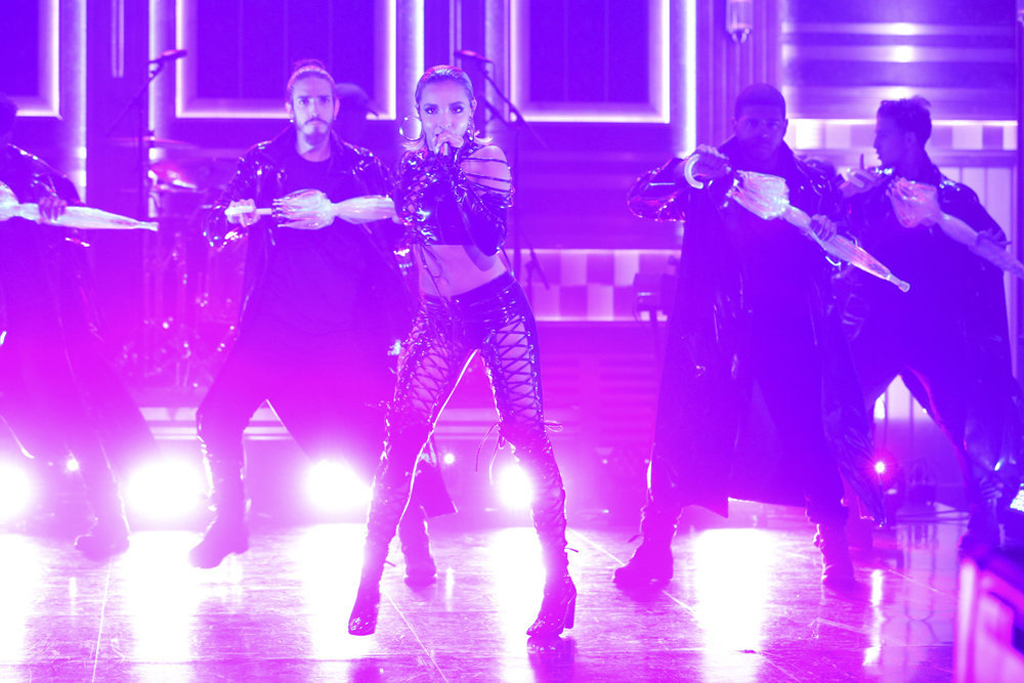 On the eve of releasing her long-awaited sophomore album, Tinashe had “No Drama” on late night. The “pop star aka a problem” celebrated the liberation of the album with a fiery, dance-filled performance on “The Tonight Show starring Jimmy Fallon.”

In a revealing black leather ensemble, the songstress opened the set with a fierce disposition. Backed by four dancers in matching leather trench coats, she broke into the provocative single off Joyride.

While Tinashe’s dancers opened umbrellas, Offset rained down on the performance. The Migos star rhymed briefly beside Tinashe before she closed things out with a show-stopping choreographed breakdown. Jimmy Fallon also pointed out a standing ovation for the duo.

Tinashe recently spoke with Cosmopolitan about the banger. “This particular song is relevant to how I was feeling that summer,” she explained. “Just wanting to come out there, do my thing, be myself, have fun, and not worry about all the people online and all the noise and the nonsense.”

Listen: Chrisette Michele Returns with New Album 'Out Of Control'