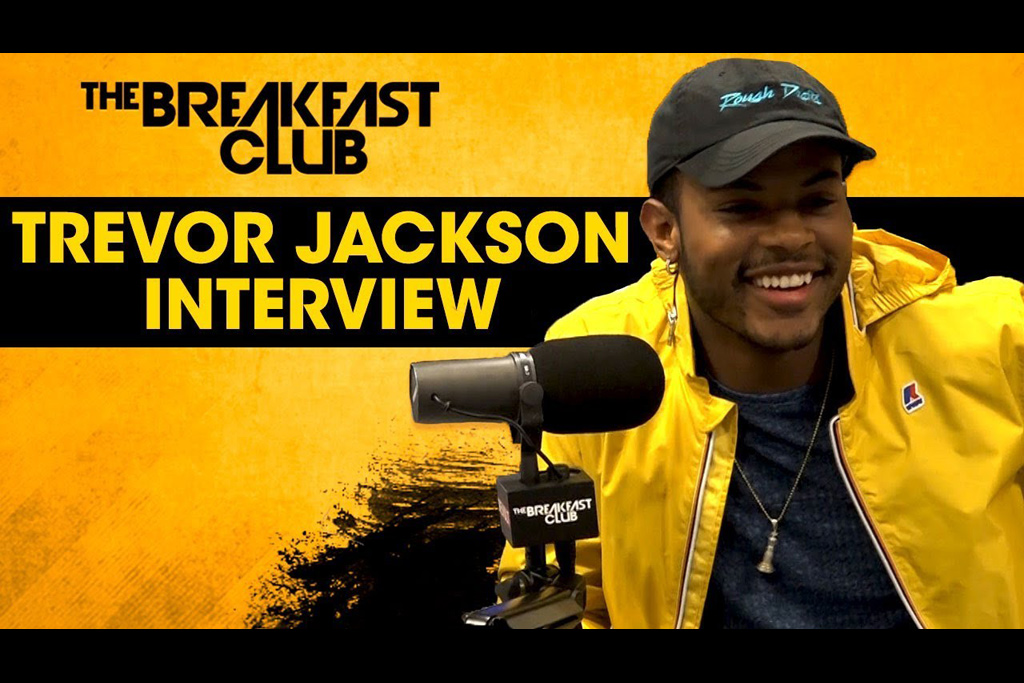 Trevor Jackson continues his promo run for his brand new album Rough Drafts, Pt. 1. The singer/actor recently stopped by Power 105.1 in New York for an interview with “The Breakfast Club” where he talked about all his recent endeavors and social life.

The charismatic young entertainer spoke briefly about the album including taking creative control of his career, learning the guitar, inspiration from Prince, Michael Jackson and Gregory Hines, and if he still talks with the girl that inspired the single “Apocalypse.”

Speaking about the show “Grown-ish,” he revealed how he landed his role and why it’s important for the culture. He also talked about the upcoming remake of the 1970s film Superfly, which he plays the leading character.

While discussing dating and his social life, Charlamagne put Trevor on the spot when he suggested they play the popular game “Fuck, Marry, Kill” but then he gave him three woman whom he’s very close with, Zara Shahidi, Zendaya, and Justine Skye. The outcome wasn’t exactly a surprise but it had everyone laughing.