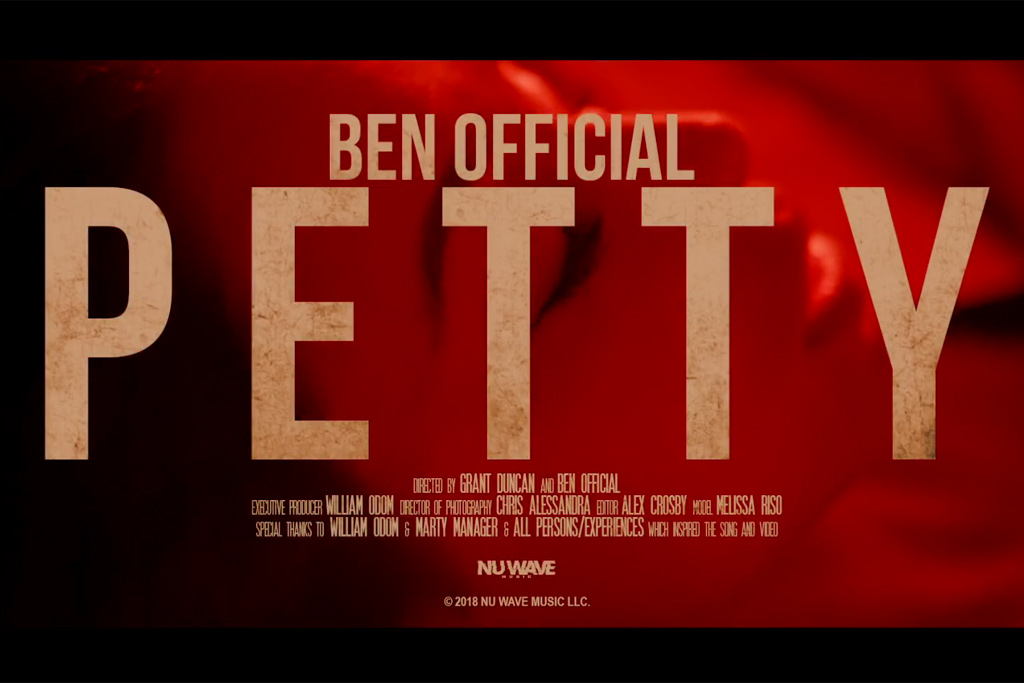 Nigerian born, Chicago raised artist Ben Official has returned with something new, something different, something… “Petty.”

The singer/songwriter has been working diligently on his new project that will be released later this year. Describing the sound of the project, Ben says the music is raw but truly from the soul. The project’s first single, “Petty” is deeply raw and emotional.

Ben says, “I was really in a confusing space when I recorded ‘Petty.’ It was inspired from a couple of friendships/relationships that didn’t end too well at the time. I couldn’t understand where things went wrong. The back and forth pettiness between us was really getting out of hand. There was so much built up emotions that ranged from anger to anxiety to depression to finally just being at peace with it all. I would think about it daily but eventually one day it clicked that I just needed to care less in order to move forward.”

That uneasiness and uncertainly is cinematically depicted in the song’s music video, which takes you on a journey of Ben’s different emotions. The visual opens with him sitting on the stairs, in a trance, at where we assume is his home. We do not know what it is, but he looks down at something in his hand and he walks to the bedroom and places it in the drawer. The scene then cuts to him completely losing it and thrashing the bedroom. He then goes back to the drawer and we eventually find that the item in his hand is in fact a gun.

Next, Ben’s love interest comes home to find that her living room was flipped upside down. Scared but cautious, she finds him on the stairs with the gun pointed at himself. What is he planning to do?! You have to watch the video until the end for the incredible, heart wrenching plot twist!

Check out the video below and stay tuned for more music from Ben Official coming soon.