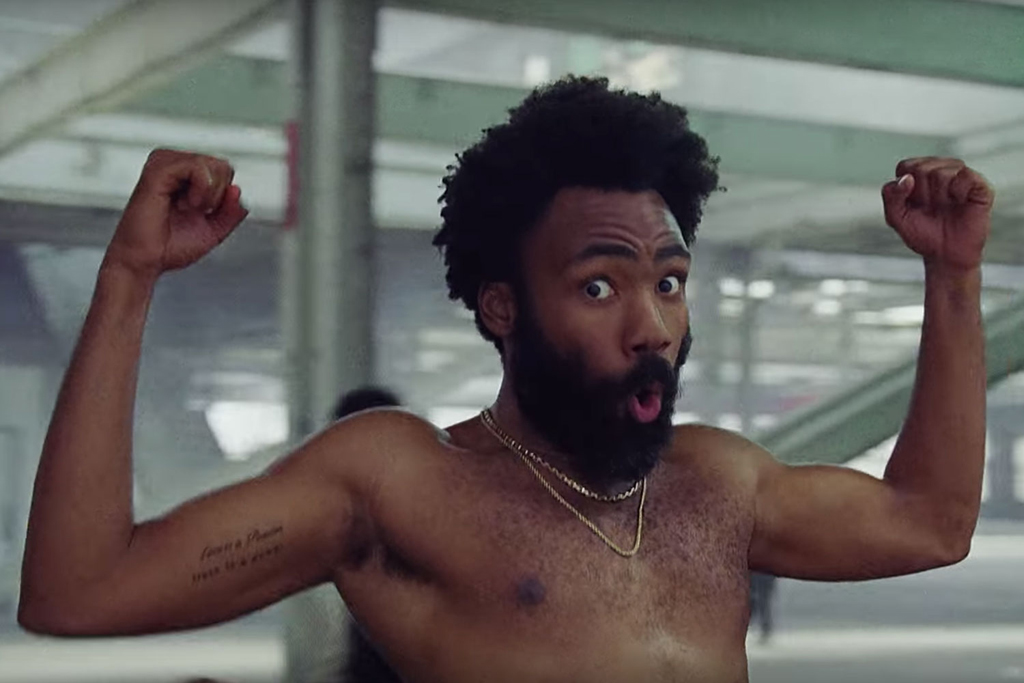 Today (May 14), Grammy, Golden Globe and Emmy Award winning recording artist, actor and producer Childish Gambino debuts at #1 on the Billboard Hot 100 chart this week with his poignant song and captivating video, “This Is America.”

Released during his hosting and performing stint on Saturday Night Live last weekend, the video for “This Is America” has been streamed over 110 million times worldwide.

Internationally, the track maintains its #1 position on Spotify’s Global Chart and US Chart and reached #1 on iTunes in 45 markets (Top 5 in 63 markets).

The Hiro Murai-directed video for “This Is America” has been the most viewed music video on YouTube for 9 days in a row. The video earned 85.3 million views in its first week on YouTube, making it the biggest first week debut of any video this year and #1 on the YouTube Songs chart in 11 countries including the United States, the United Kingdom, Australia, and more. The video for “This is America” is also tied for the 5th fastest music video to reach 100M views in YouTube history, reaching the mark in under 9 days.

NPR describes the visual as “a shocking and brilliantly produced video for the song that’s left fans and music critics scratching their heads for days,” while The Washington Post declares “Watch it once, and your eyes will naturally be drawn to his movements and facial expressions. Watch it again, but focus on the chaos reigning in the background. Watch it a third time, and the reason for this juxtaposition becomes increasingly clear.” Paste predicts, “May is far too early to be crowning a music video of the year, but ‘This Is America’ absolutely warrants that kind of talk.”

Watch: BJ The Chicago Kid & Ro James Share Visual for "Come And Talk To Me" Cover