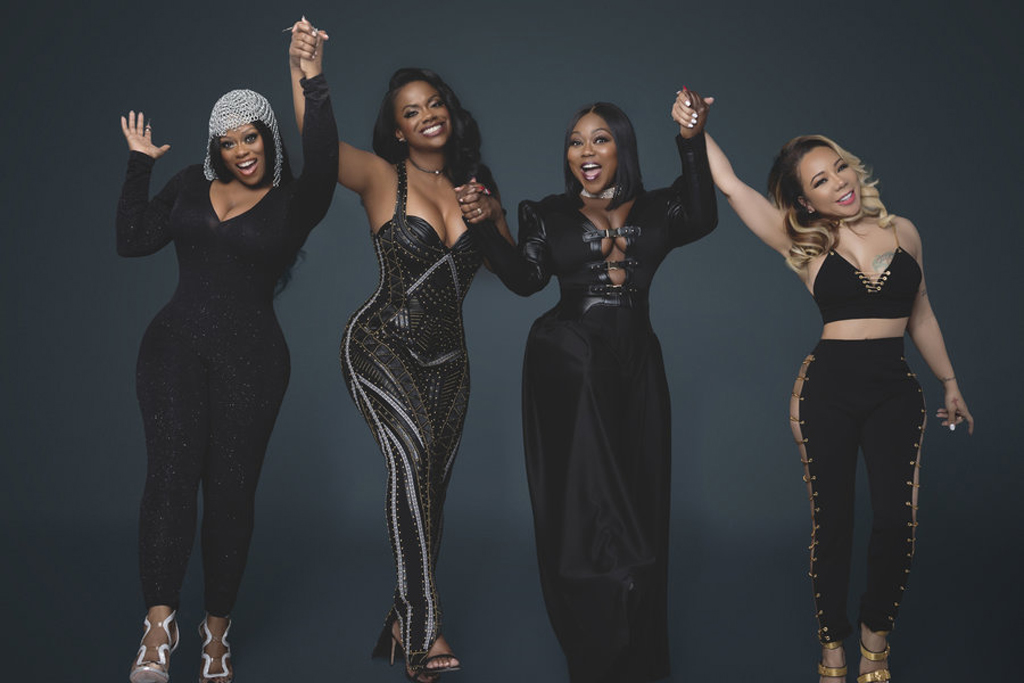 The American Society of Composers, Authors and Publishers (ASCAP) will host its 31st annual Rhythm & Soul Music Awards on Thursday, June 21 in Los Angeles. This year, ASCAP will honor ’90s R&B group Xscape with the ASCAP Golden Note Award, and members Kandi Burruss, Tameka “Tiny” Harris, Tamika Scott and LaTocha Scott will be on hand to accept. The event will also honor ASCAP songwriter and publisher members with awards for the most performed ASCAP songs of the past year on the R&B, hip-hop, rap and gospel charts.

“Xscape knocked us all out in the 90s with their powerful vocal harmonies on singles like ‘Just Kickin’ It’ and ‘Understanding,’ and surprised absolutely no one as they went on to become one of the most prolific female R&B groups of all time,” said ASCAP President Paul Williams. “Decades later, all four members have gone on to individual success in music and on screen, and we are thrilled to recognize their achievements with the ASCAP Golden Note Award.”

Hailing from College Park, GA, sisters LaTocha and Tamika Scott, Kandi Burruss, and Tameka “Tiny” Harris, joined forces when they met at a performing arts high school. The R&B quartet was discovered in Atlanta by Jermaine Dupri, who signed them to his up-and-coming label, So So Def.

Xscape changed the face of R&B. Their powerful vocals created an incomparable sound, and their infectious ballads appealed to a wide audience. Their debut album, Hummin’ Comin’ At ‘Cha (1993) went platinum and launched two top 10 singles, “Just Kickin’ It” and “Understanding,” which both became platinum number-one hits.

After two additional platinum albums, the group split, but each member of the group went on to achieve additional success. Burruss and Harris co-wrote the hit “No Scrubs” for TLC, and scored a Grammy for Best Song, and were later credited as co-writers of the 2017 Ed Sheeran smash, “Shape of You.” Burruss also wrote the number-one hits “Bills, Bills, Bills” and “Bug A Boo” for Destiny’s Child and “There You Go” for Pink. In 2000, she became the first woman to win the ASCAP Rhythm & Soul Songwriter of the Year Award and has over the span of her career contributed to 60+ Million records sold for artist such as Alicia Keys, Mariah Carey, *NSYNC, E40 and more. Tameka “Tiny” Harris would hold dual roles as star and executive producer of the reality show Tiny and Toya, and she and her husband T.I. executive produced and starred in the reality series T.I. and Tiny: The Family Hustle. LaTocha Scott continued to perform and has produced for artists like Whitney Houston and Tamar Braxton, and in 2013, starred in the second season of the reality show R&B Divas: Atlanta. Tamika Scott has acted onstage and onscreen and has continued to write songs, including “The Greatest Gift” for Tyler Perry’s “Daddy’s Little Girls” film, recorded by Grammy winner Yolanda Adams. She has also written two books and four screenplays.

Last year, Xscape celebrated their 25th anniversary and reunited for the first time in 18 years. Their reunion has already included a docu-series on Bravo capturing their journey toward a momentous group performance in almost 2 decades, an electrifying tour, and an upcoming provocative film that will reveal their untold story from teens in College Park to industry icons.

During the ASCAP ceremony, awards will also be presented for ASCAP Rhythm & Soul Songwriter of the Year, Publisher of the Year, Top R&B/Hip-Hop Song, Top Rap Song and Top Gospel Song. The evening will feature live performances and guests will include top names in the music and entertainment industry.