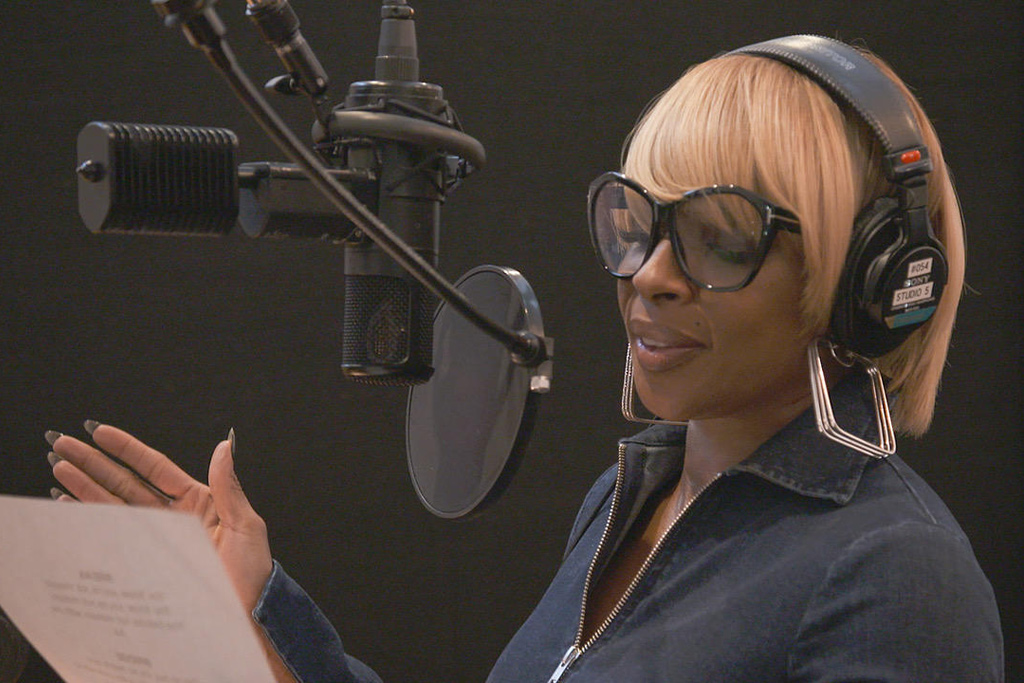 Mary J. Blige goes from paying tribute to Sir Elton John on “Sorry Seems To Be the Hardest Word” to singing a song he wrote for her on “Stronger Than I Ever Was.” The uptown funky number is featured on the soundtrack EP to the animated film Sherlock Gnomes. In the sequel to 2011’s Gnomeo & Juliet, Blige lends her voice to the film for the character Irene Adler.

The upbeat swing song is a perfect fit for the impassioned Blige, who tears through the dynamic lyrics penned by Elton John and his writing partner Bernie Taupin. “Do I look like I need you?” she sings. “I’m super-deluxe, new, improved / Better shape, better off / Stronger than I ever was.”

Previously speaking about the song with Yahoo!, Sir Elton John opened up about writing the song for Mary J. “It worked out incredibly, because I knew it was going to be Mary J, so I had that in mind when I wrote the melody,” John says.

When He and Mary entered the recording studio, it was clear that the tune was perfect for the R&B legend. “She said, ‘This is the easiest song for me to sing, because it just hits the nail on the head what I’m going through.’ It was very strange, that — she sang it in 10 minutes. I mean, she just gave it a roll, because she was going through that,” John marveled.

Take a listen below via Spotify.