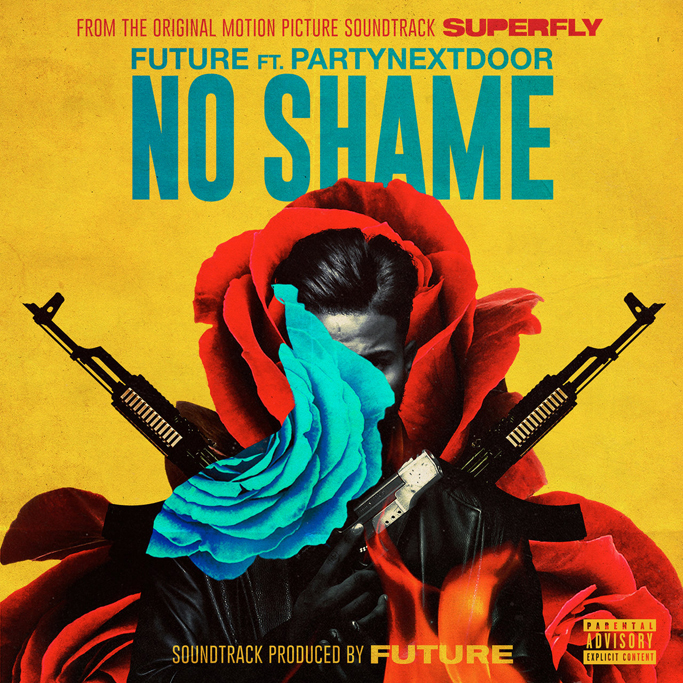 The first taste of the SuperFly soundtrack is here. The film’s music director is none other than Future, who teams up with PARTYNEXTDOOR on the vibed out first single “No Shame.”

Produced by Andrew Wotman and Happy Perez, the song finds Hndrxx and PND singing about a lifestyle change. “There’s no shame in my game,” they sing. “I found new propane / I found new cocaine / Now it’s a new high / Tomorrow’s a new light.”

Directed by X, the blaxploitation reboot opens in theaters June 15. The film stars actor and singer Trevor Jackson, who recently spoke with us about his role as Youngblood Priest.

“I never wanted a role worse in my life, I wanted it so bad,” says Trevor. “It’s very dope. It’s different than who I am as a person, which I’m excited about. I like being able to transform or just go into a different zone and I feel that’s what I did in this movie. It’s a very original movie about the American dream, going from nothing to something, sticking to your guns. Also, one of the messages in the movie that I really like is some people work so hard to get to a place and get to a position to then realize it’s nothing like they thought and they don’t want to be there once they’re there. That’s kind of what his story is, he gets to the top of the game in the drug business and it’s not exactly what he thought it was, him trying to leave gets a little difficult.”

SuperFly is set to hit theaters on June 15. Take a listen to Future and PND’s “No Shame” below.