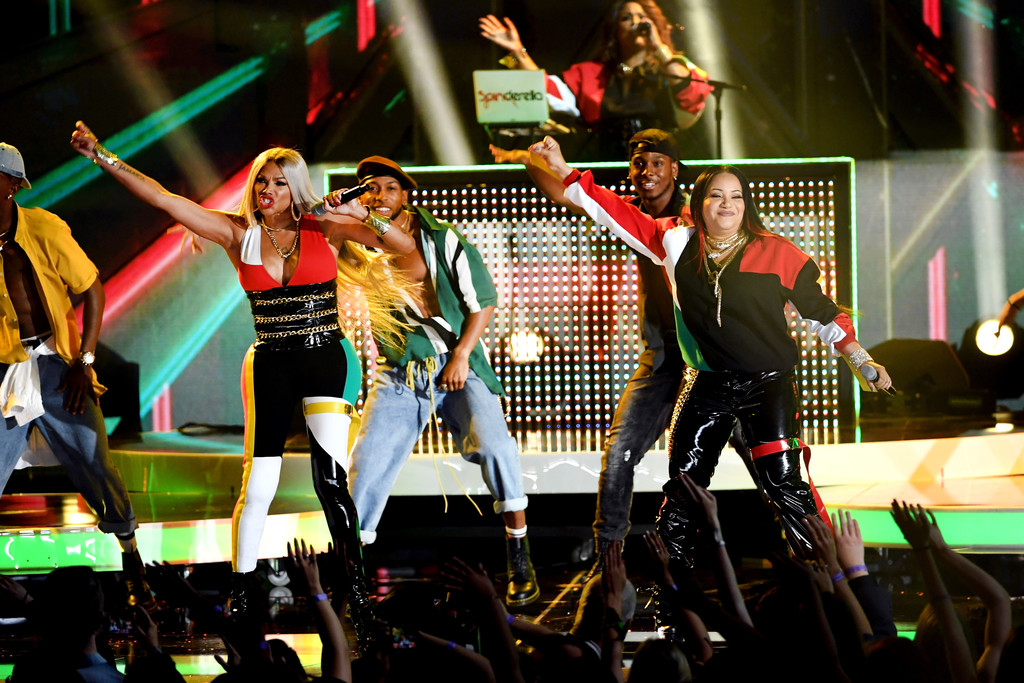 Thirty years after becoming the first female rap act to hit the top 20 on the Billboard Hot 100, Salt-N-Pepa closed out the 2018 Billboard Music Awards with a retrospective of hits.

Cheryl “Salt” James and Sandra “Pepa” Denton kicked off the throwback party with their ’90s hit “Shoop.” With DJ Spinderella on the turntables, they had the Vegas crowd singing along to “Let’s Talk About Sex” as “Safe Sex” flashed on the screen and red, white, and yellow balloons fell around them.

They kept the festivities going with “Push It” off their 1986 debut Hot, Cool, & Vicious. For the finale, they were joined by En Vogue for “Whatta Man,” which Pepa dedicated to “all the great men at the Billboard Music Awards.” As confetti fell on stage, Kelly Clarkson also made a surprise cameo alongside the ladies.

Salt-N-Pepa will return to Las Vegas for a residency at Mandalay Bay, which is set to kick off in early September. En Vogue just recently returned with their brand new album Electric Café. All the ladies are set to reunite again for the upcoming BET docu-series “Ladies Night” which is expected to feature SWV as well and follow the groups on their soon-to-be announced national tour.