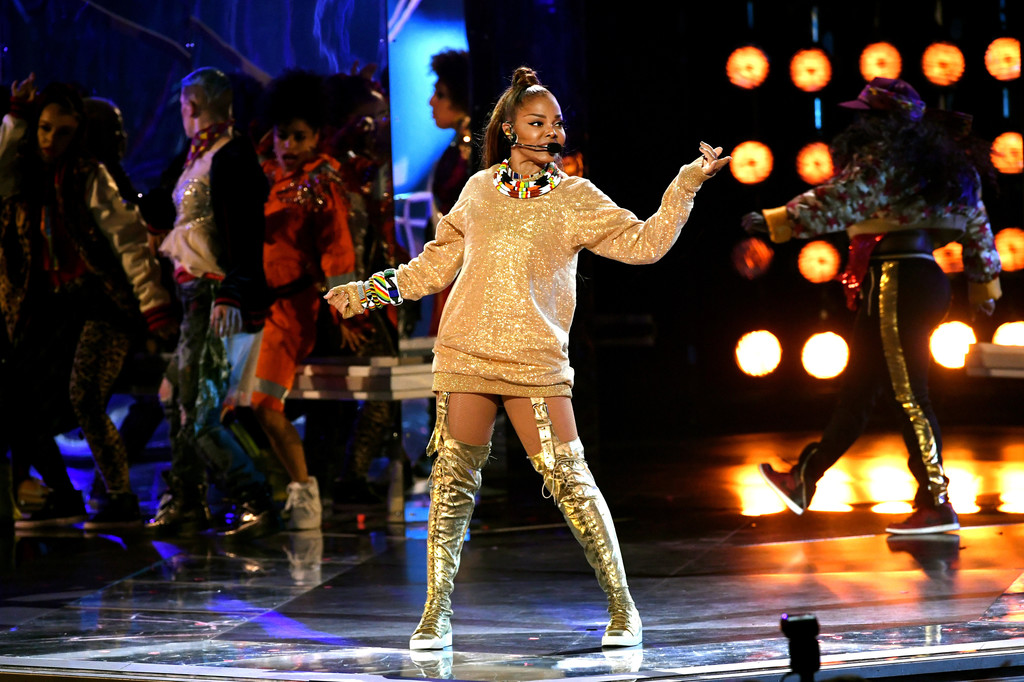 Following an introduction from Bruno Mars and a career retrospective, Ms. Jackson took the stage for a dance-heavy medley of hits. As her mother Katherine and sister Rebbie looked on, the 52-year-old entertainer opened with “Nasty” on a lit-up platform in the middle of the arena.

“No, my first name ain’t baby,” she said before asking the audience, “What’s my name y’all?”

Glowing in all gold, she and her dancers launched into the dance breakdown from “If” as Ciara and Tyra Banks looked on. As more and more dancers joined her on stage, she ended with “Throb” off 1993’s Janet, which just celebrated its 25th anniversary.

Following the show-stopping performance, she accepted the Icon Award and delivered a powerful speech. “For all our challenges, we live at a glorious moment in history,” said Janet. “It’s a moment when, at long last, women have made it clear that we will no longer be controlled, manipulated, or abused. I stand with those women and with those men equally outraged by discrimination.

“My prayer is that weary of such noise, we turn back to the source of all calmness. That source is God. Everything we lack, God has in abundance. Compassion, sensitivity, patience, and a boundless love.”

Watch her speech in full below.