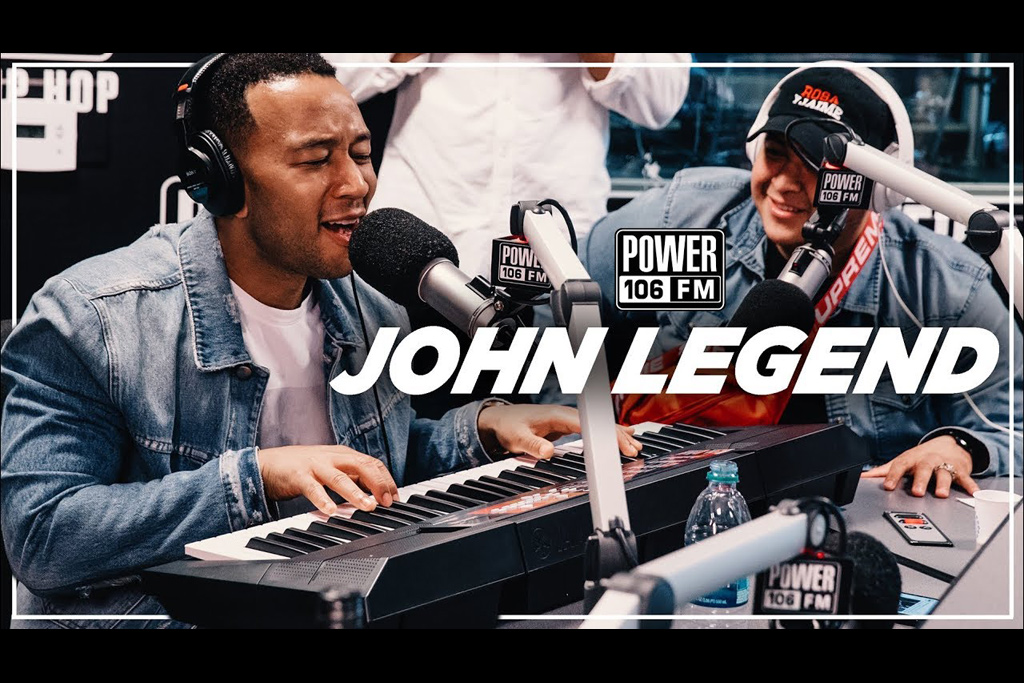 John Legend recently swung by “The Cruz Show” on Power 106 for a quick interview. The crooner has been promoting his latest single “A Good Night,” which he performed last month at the Billboard Music Awards.

During the convo, John talked about his support for the ACLU and pushing back against the Trump administration, including not holding back when it comes to speaking up about doing the right thing for people. He also addressed his Father’s Day comment to Speaker of the House, Paul Ryan, which prompted the whole studio to send Ryan a piece of their minds.

Moving on to family, the singer talked about falling in love with Chrissy Teigen, his favorite dishes in her cookbook and which one of them makes a better mac and cheese.

Later, they gift John an old keyboard and ask him what songs he is into right now and could cover. At first he stumbles with the title but ends up making an attempt at Kendrick Lamar and SZA’s Black Panther soundtrack hit “All The Stars.” Which, he followed with a playful take on Cardi B’s “I Like It.”

Peep John Legend’s visit to “The Cruz Show” below.