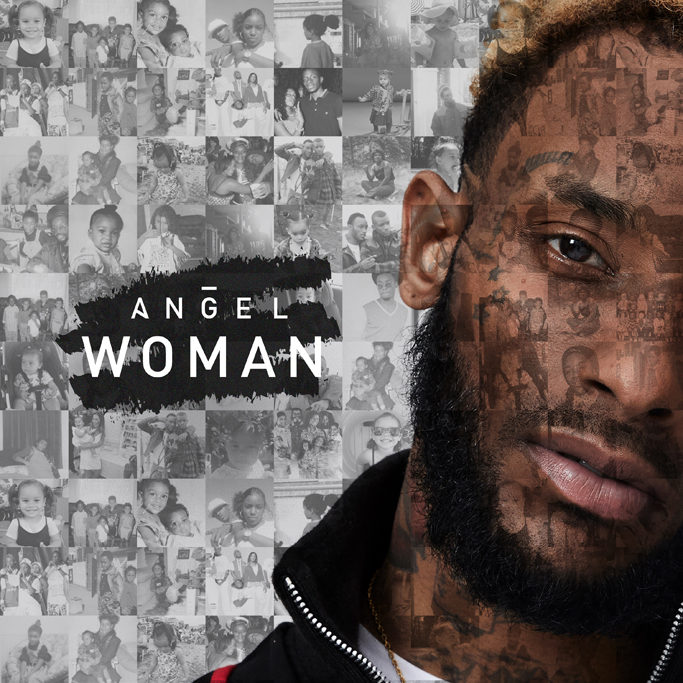 Following a slew of releases last year, the album combines and showcases Angel’s deep appreciation for classic R&B and considerable inspiration, which he pulls from extensively. As a celebration of the women in his life over the years, the LP features 14 addictive track along with collaborations with the likes of Giggs, Eric Bellinger, Haile from WSTRN, and Swizz Beatz.

Speaking on his inspiration behind the album Angel says, “Women have had a massive influence on my journey in more ways than one. Stuff like having a daughter and spending quality time choppin’ it up with my nan has taught me how to admire a woman, not just a woman, but more so the power of women and how much they actually bring to the table.” Continuing he adds, “Women write things with their movements that I for the life of me could never write with a pen.”

WOMAN follows a stand-out support slot for August Alsina and a string of sold-out headline live dates – including two dates at London’s Bush Hall. The new album also follows the launch of Angel’s ‘More of HER’ playlist and his standout ‘HER’ EP which featured rapidly rising UK rapper Stefflon Don on the track “Hop On” and Rich Homie Quan on the Harmony Samuels produced “Fvxk With You” which made a huge splash across both sides of the Atlantic.

Signed in the US by Motown alongside Island Records, Angel continues to reinforce his position as one of the UK’s hottest R&B talents.