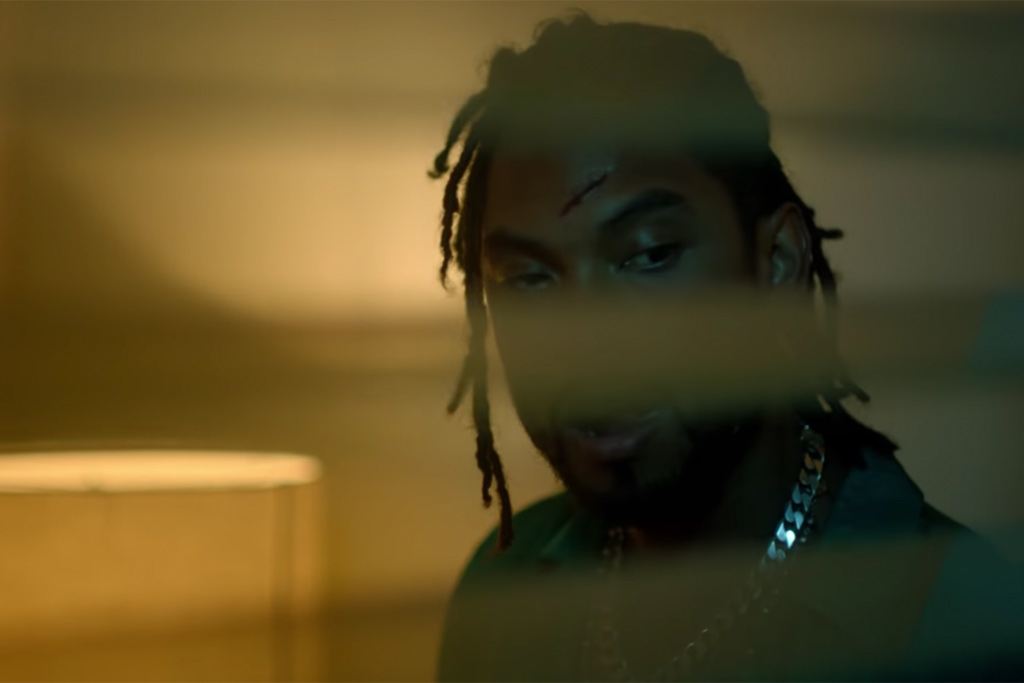 Miguel is mad real. The R&B maverick celebrates SUPERFLY hitting theaters with a cinematic music video for “R.A.N.,” his soulful contribution to the motion picture soundtrack.

The crooner plays a fugitive who is on the run with his lady, played by one of the film’s actresses, Lex Scott Davis. Poised and confident that he can offer her the change she deserves, the Los Angeles native croons his heart out over the vivid instrumental.

“Respect you too much not to be one hundred with you,” sings Miguel. “You deserve the world and me running with you / You know we always been connected / I ain’t perfect / Baby, you should always feel protected.”

The action-packed music video draws inspiration from the film. After an opening scene from the Director X-helmed reboot, Miguel gathers up all his cash from under a mattress and hands it to his girl, who takes off in a car. But in the end, she’s able to get away, while he gets caught.

Produced and curated by Future, the SUPERFLY soundtrack includes the Khalid & H.E.R. duet “This Way,” and features from Lil Wayne, Young Thug, 21 Savage, PARTYNEXTDOOR, and Future, who executive produced it.

Check out Miguel’s new video below.