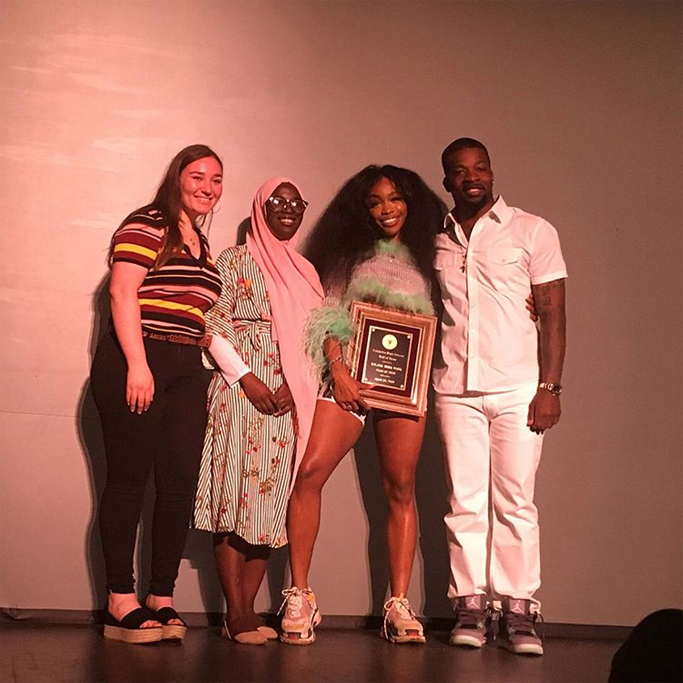 SZA is a local legend at her high school. On Monday (June 4), the TDE songstress returned to Columbia High School in Maplewood, New Jersey, where she graduated in 2008, for her induction into the school’s hall of fame.

Vocal issues aside, Solana delivered a motivational speech to the student body and performed during two assembly periods.

@sza inducted into the hall of fame at her old high school in New Jersey! ??? So glad to see she's doin well & im SO PROUD OF HER! . . . . . #sza #tde #topdawgentertainment #ctrl #likeforlikes #tagsforlikes #followme #ifollowback

In her speech, SZA told students to “design your own world right now,” before revealing that when she graduated she refused to attend prom because she wasn’t popular enough.

“It starts with trusting yourself, even if people are telling you you’re too young to trust yourself,” she said, before telling the teenagers to: “find the details and the inner workings of yourself.”

She also gave a shoutout to her favorite art teacher and explained how her “daydreaming” had helped her become who she is today.

SZA joins Columbia High School’s other very prominent inductee, Ms. Lauryn Hill, who graduated in 1993 and was inducted in 1999.

Just last week, SZA scared fans when she took to Twitter, in later deleted tweets, and revealed to her followers that she “permanently injured” her voice.

Words of wisdom “You are never too young to trust yourself ✨✨? {#sza}